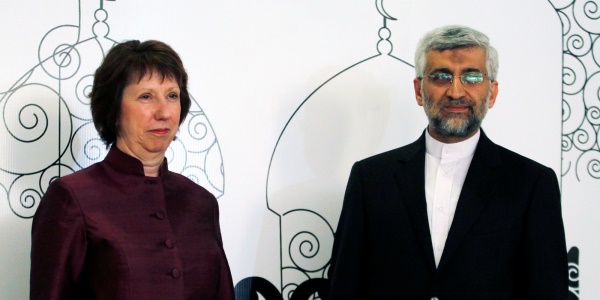 EU hopes for progress in nuclear talks with Iran 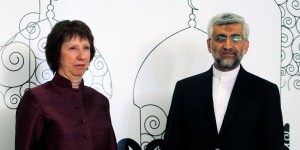 Catherine Ashton, the European Union’s foreign policy chief, will next week (5-6 April) enter the next round of international talks with Iran on its nuclear programme hoping that recent signs of Iranian flexibility will be confirmed.

According to a senior Western official, at the previous meeting on 26 February Iran was “very constructive” and “very focused” in talks, abandoning the prevarication and digression seen at the four previous meetings held since top-level international diplomatic efforts resumed last April. Ashton is leading talks on behalf of the five permanent members of the United Nations Security Council plus Germany.

The short gap since the last talks is itself a sign of progress. The previous top-level meeting was eight months earlier.
Similarly, the decision to return to Kazakhstan, rather than to seek another venue, is seen as a positive sign, as organising the logistics of previous meetings has become a diplomatic challenge.

Iranians will head into highly unpredictable elections in June, with factions within the elite vying to replace President Mahmud Ahmadinejad. Iran’s chief negotiator, Saeed Jalili, may be hoping that progress in the talks could win him some profile before the election, a Western official said.
Iran’s recent outreach to Egypt is seen as a response to the economic difficulties. “It’s in its interests to mend fences,” the official said.
Hopes of real progress, though, are low. “We can neither be overly hopeful or dismissive,” a US State Department official said.

Israel warnings
Since the talks, public stances have been robust. During his visit to Israel last week, US President Barack Obama said that Israel had a right to defend itself “independently” of the US, a comment seen as an indication that the US would not stand in the way if Israel decided to take unilateral action.

There is some scepticism about the talk of force, with Western officials arguing that a threat from outside always helps those in power. The Iranian regime knows that very well, an official said.

At the 26 February meeting, the international community proposed that Iran could keep some nuclear stock at its Fordo plant and offered – as a Western official put it – “a pathway to the easing of sanctions”. A suspension of energy and financial sanctions is not being offered.

The international community is asking Iran not to enrich uranium beyond 20% – seen as a key staging post towards making uranium weapons-grade – and to reduce the operational capacity of the Fordo plant.

A set of ideas for co-operation, dubbed ‘confidence-building proposals’, were also discussed, including nuclear safety measures intended to allay international concerns that the nuclear plant at Bushehr lies in an earthquake zone.