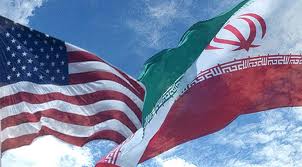 US Should Compromise With Iran

The world is waiting to see how Iranian and US leaders would decide about holding direct talks, a rare development between the two countries that severed diplomatic ties 34 years ago.

The fact is that the current fragile and unstable status of relations has benefited people neither in the US nor in Iran. That is why Iranian and American people have seized every opportunity over the past three decades to have communications.

What happened with regard to relations between Iran and the US in 2012 showed that Washington is required to end its 34 years of hostility and enmity towards Iran as this decades-old hostile model could no longer serve the US national interests. President Barack Obama’s four messages to Leader of the Islamic Revolution Ayatollah Seyyed Ali Khamenei prove the ineffectiveness of US hostile policy.

From among a variety of frameworks and theories defined for international relations, realism has proven to be the most effective one due to its historic background. Realism has already been outlined by dozens of political scientists including Arnold Wolfers, Kenneth Neal Waltz, Stephen Krasner, and Robert Gilpin.

Realists maintain that they can analyze international affairs much better than other thinkers and opinion-makers. By accepting this hypothesis and with reference to famous realism theorist Hans J. Morgenthau, it would be logically necessary for the US to put an end to its decades of hostility against Iran.

Diplomacy has only three tools at its disposal: Persuasion, compromise and threat.

Iran’s policy towards US has been based on persuasion and it has achieved no concrete results because US leaders, both Democrats and Republicans, have never listened to Iran’s deductions. Iranians resent the US politicians for their ignorance of Iran’s views and as Ayatollah Khamenei said, the terms “enemy” and “US government” have become synonymous for Iranians.

But the US has always resorted to threats against Iran. Washington has failed to implement its threats because Iran’s Islamic government has firmly resisted.

Persuasion and threat have both proven to be ineffective and now it is high time that the two countries envisaged compromise.

In his congratulatory message on Persian New Year, President Obama implicitly warmed up to the option of compromise. In his keynote speech in the holy city of Mashhad, Ayatollah Khamenei openly called on the US to go for a compromise.

Now the question is to know which side should take the first step.

The requirements for a compromise are as follows:

1. Both sides should back down from less significant interests for more significant ones.

2. Either side should steer clear of any position any shift from which would imply losing international credibility.

4. Any threat to resort to military power would mean the end of wisdom.

As far as the Iran-US case is concerned, it is up to Washington to end its hostilities as the first step towards compromise with Iran. To that effect, the US should lift sanctions against Iran and stop its military threat against the Islamic Republic.

Realism requires the US to not take into account the interests of Israel and to stop repeating “all options are on the table”.

If Washington believes in diplomacy as an effective tool and not as an international gesture it has to snuff out 34 years of bad blood with Iran and move towards compromise.

Observers are watching the extent of US politicians’ commitment to wisdom and realism in foreign policy.