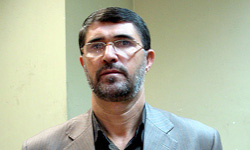 Iranian Lawmaker Views US Offer of Talks as Dceitful

TEHRAN (FNA)- A senior Iranian legislator cautioned that Washington is seeking to deceive Iran through its offer of talks since no practical change is seen in Washington’s behavior towards Iran.
“They have always lied about this issue and therefore have been never considered trustworthy by our country,” Mousalreza Servati said on Sunday.

“When Americans persist in their hostilities and do not miss any opportunity to deal a blow on us in economic, political and international arenas, speaking of ties with Iran is nothing but deception,” he argued.

“If they are honest, they (should) put an end to their hostilities against the Islamic establishment in order to prove their honesty not only in words but in practice as well,” Servati urged.

“As long as the US refuses to change its behavior and policy, our position on this issue remains unchanged,” he added.

His remarks came a few days after Supreme Leader of the Islamic Revolution Ayatollah Seyed Ali Khamenei questioned the US honesty in its offer of talks with Iran, and stressed that talks will be meaningless as long as Washington continues its hostile policy towards Iran.

“Through different ways and messages, the Americans try to negotiate with us on the nuclear issue, but I am not optimistic about these talks,” Ayatollah Khamenei said, addressing Iranian people in Northeastern holy city of Mashhad on Thursday.

“With regard to the nuclear issue, Iran only wants the recognition of its rights to enrichment.