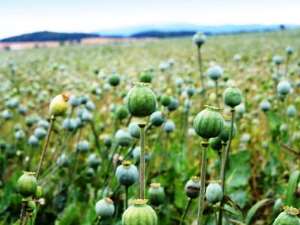 By supporting a UN anti-drug programme operating in Iran, Denmark may be helping Iranian authorities arrest and execute suspected drug users and smugglers

Questions have been raised over Denmark’s support of a UN anti-drug programme that could be indirectly leading to executions in Iran.

Denmark voluntarily supports the United Nations Office on Drugs and Crime (UNODC), which supports countries around the world in tackling drug-related related crime.

But Denmark’s approximate 35 million kroner donation to the programme may be contributing to the number of drug traffickers and users arrested and subsequently executed in Iran, according to Amnesty Danmark.

“The wish to limit the drug trade is of course legitimate, but as the situation stands in Iran, the money could end up supporting arrests and ultimately executions,” Trine Christensen, the deputy general secretary at Amnesty Danmark, told Politiken newspaper. “If we continue to support the programme, it legitimises Iran’s use of the death penalty for drug-related crimes.”

Despite draconian punishments for the possession and consumption of drugs, Iran suffers from huge levels of drug addiction and a large domestic market for illicit drugs. Thousands of tonnes of heroin produced in Afghanistan are also smuggled every year through Iran, mostly destined for Western markets.

The UNODC claims to have made progress in Iran, however, by strengthening legislation, combating drug trafficking and corruption, and improving border management and law enforcement.

But Enhedslisten’s development spokesperson, Christian Juhl, argues that Denmark ought to be more concerned about the treatment of Iranian prisoners.

“We should not participate in a project where people are executed for committing a crime,” Juhl told Politiken newspaper. “We can’t close our eyes to how people are treated just because we want to combat drug smuggling. We end up compromising our principles.”

The development minister, Christian Friis Bach (Radikale), conceded that he was concerned by Iran’s use of the death penalty.

“The human rights situation in Iran is extremely troubling,” Bach told Politiken. “We are very critical of the Iranian authorities’ unacceptable use of executions when handling drug-related crime.”