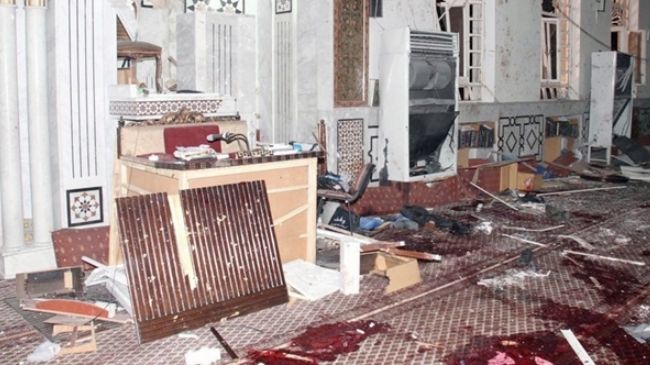 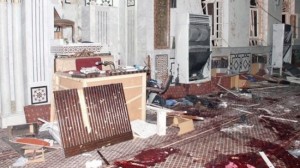 Attack on al-Iman Mosque in the Syrian capital, Damascus, claimed the lives of over 40 people on March 21, 2013.

Iran Foreign Ministry has strongly condemned a deadly attack on a mosque in the Syrian capital, Damascus, that killed dozens of people including a top Sunni cleric.

In a statement issued on Friday, the Iranian ministry strongly condemned the anti-humane and anti-religion crimes committed by extremist groups and held the enemies of the Syrian nation accountable for the brutal attack.

Over 40 people, including the senior Sunni cleric and President of the Levant Scholars’ Union Sheikh Mohammad Said Ramadan al-Bouti, were killed and more than 80 others injured when a terrorist blew himself up inside al-Iman Mosque in Damascus on Thursday.

The attack was carried out while Sheikh Bouti was giving a religious speech to a group of students, including his grandson.

The Iranian Foreign Ministry said the killing of clerics, including al-Bouti, will certainly thwart “ominous plots by the US, the criminal Zionism, and their regional allies that seek to sow discord and trigger sectarian strife…by offering money and weapons to armed and terrorist groups….”

The statement called on scholars and religious centers across the Muslim world to condemn the attack and other crimes against humanity in Syria, including the recent chemical attack in the northwestern city of Aleppo.

At least 25 people were killed and 86 others injured after militants fired missiles containing poisonous gas into Aleppo’s Khan al-Assal village. Women and children are reported to be among the victims.

The attack came after Syria’s foreign-backed opposition coalition, known as the Syrian National Coalition, chose a Syrian-born American citizen, Ghassan Hitto, as the prime minister of what they call an interim government.

The Iranian ministry also called on all countries to take necessary measures to open national dialogue in Syria and put an end to the violence in the crisis-stricken country.