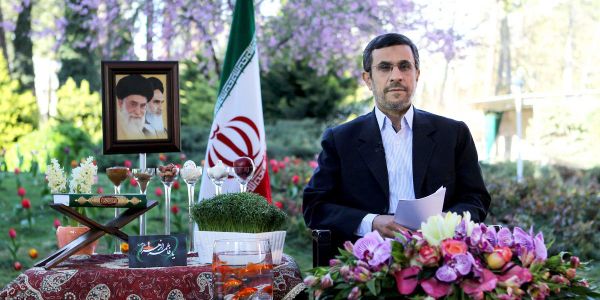 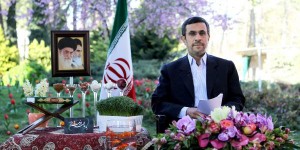 Iranian President Mahmoud Ahmadinejad addresses the Iranian nation on the occasion of the Persian New Year, Nowruz, on March 20, 2013.

Iranian President Mahmoud Ahmadinejad has issued a message on the occasion of the Persian New Year, stating that the international developments are in favor of the Iranian nation.

In a televised address on Wednesday, Ahmadinejad said public awakening and the desire for justice are spreading across the globe, as the Iranian nation becomes more dignified day by day.

The Iranian president expressed hope that the Persian New Year will be a happy and prosperous year for the Iranian nation, as well as other Persian-speaking people across the region.

Ahmadinejad also touched on some breakthroughs the Iranian people have made during the last year, such as sending live animals into space, expressing hope that the accelerating trend of construction and development will continue in the new year.

Earlier on Wednesday, the Leader of the Islamic Revolution Ayatollah Seyyed Ali Khamenei felicitated Iranians on the arrival of Nowruz, and designated the new Persian year as the “The Year of Political and Economic Epic.”

Ayatollah Khamenei also called on people to turn out massively in the forthcoming presidential election in June to determine a “good future” for their country.