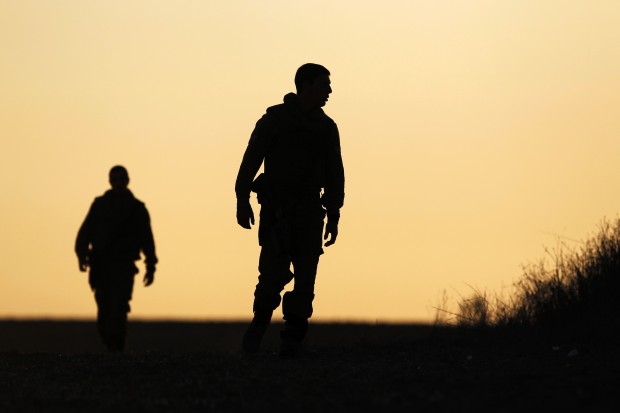 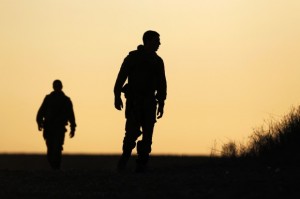 It was 10 years ago this week that George W. Bush launched his ill-fated war of choice in Iraq. The anniversary comes as politicians in Washington and Israel continue to discuss the option of military action against Iran.

The parallels with a decade ago are striking.

Once again, we hear claims of a grave threat from weapons of mass destruction in the Middle East and the possibility of military action. Vice President Joe Biden recently told the convention of the American Israel Public Affairs Committee (AIPAC) that “all options, including military force, are on the table.”

Then as now we are warned of the need to take action before it’s too late. Israeli Prime Minister Benjamin Netanyahu sent a video message to the AIPAC convention claiming that Iran will soon cross a nuclear “red line.”

We’ve heard this story before.

Who can forget former Secretary of State Condoleezza Rice’s infamous line “We don’t want the smoking gun to be a mushroom cloud”? Or former Defense Secretary Donald Rumsfeld’s ludicrous attempt to explain the whereabouts of Iraq’s WMD: “They’re in the area around Tikrit and Baghdad and east, west, south and north somewhat.”

Some of us reported at the time that no evidence existed of Iraqi WMD, and that U.N. inspections during the 1990s had dismantled Saddam Hussein’s nuclear, ballistic-missile and chemical-weapons threat, but our voices were ignored in the march to war. Official investigations during the occupation confirmed the complete absence of any WMD threat.

Today, prominent Democratic and Republican Senators are lining up behind Senate Resolution 65, which declares that “if the government of Israel is compelled to take military action in self-defense, the United States government should stand with Israel and provide diplomatic, military and economic support.” The resolution is in effect a backdoor authorization for war. It sets the stage for the U.S. being dragged into a future Israeli attack on Iran.

One of the authors of the resolution is Democratic New York Senator Charles Schumer. The Senator was sharply critical of Bush’s handling of the Iraq war, but now he is resorting to Bush-style misrepresentation to justify a potential attack on Iran. According to Jamal Abdi of the National Iranian American Council, Schumer is telling constituents that Iran “continues to enrich uranium into weapons-grade nuclear materials” and that the resulting fuel is “sufficient to arm a nuclear warhead.”

The International Atomic Energy Agency reports regularly on Iran and has no evidence of uranium enrichment to weapons-grade level. This past week, Director of National Intelligence James Clapper was on Capitol Hill to repeat what U.S. intelligence agencies have reported consistently for years: Iran is not enriching uranium to weapons-grade and has not made a decision to build a bomb. Of course, real concerns exist about Tehran’s nuclear program, but there is no imminent nuclear threat from Iran or justification for threatening military attack.

Sanctions-based diplomacy offers a formula for resolving the nuclear standoff with Iran, just as sanctions and U.N. inspections were a viable alternative to war 10 years ago. Back then, my colleague George Lopez and I reported that targeted sanctions and renewed inspections were working effectively to prevent Iraq from acquiring nuclear materials and rebuilding its war machine. Today, U.S. and European sanctions are squeezing Iran’s economy and reducing its oil exports, providing significant leverage that could be used to negotiate a diplomatic settlement.

The 10th anniversary of the invasion of Iraq is a good occasion for trying to learn from the mistakes of the past — and to make sure we are not misled into war again.