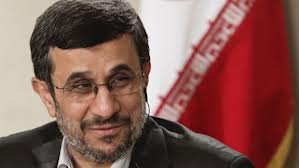 In a message issued on Sunday, Ahmadinejad congratulated the 76-year-old Pope Francis I on his election.

Ahmadinejad stressed the need for close cooperation and public participation to reform global management structures on the basis of the teachings of Abrahamic religions.

Ahmadinejad said Christ and other prophets have brought humanity kindness, friendship and peace.

He expressed hope that peace and justice would prevail in the world.

On March 13, Bergoglio was appointed as the new Pope after five rounds of voting in the Vatican.