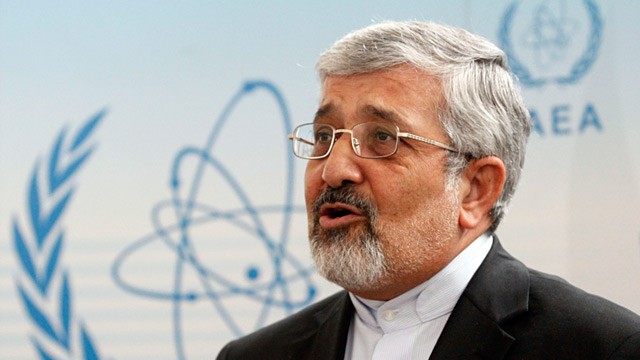 US, Iran teams head to Istanbul for nuclear-experts talks 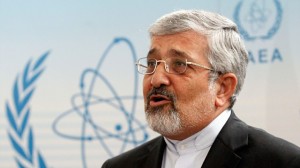 Arms-control officials from Iran and six world powers head to Istanbul for experts-level talks next week, to discuss a revised international proposal that Iranian officials greeted favorably at a meeting in Kazakhstan last month.

The US team to the Istanbul meeting, to be held March 17-18, includes two veteran State Department arms-control negotiators, Robert Einhorn and Jim Timbie, as well as Jofi Joseph, an Iran director in the White House WMD shop, US officials told the Back Channel Thursday. Einhorn and Timbie previously attended technical talks with Iran held in Istanbul last July, along with then-White House WMD czar Gary Samore, who left the administration in January.

Iran’s delegation to the technical talks in Istanbul next week is expected, as was the one held last July, to be led by Hamid-Reza Asgari, a long-time member of Iran’s nuclear-negotiating team, who multiple Iranian sources tell Al-Monitor is an Iranian intelligence officer who has been involved in Iran’s international arms-control discussions for over a decade. Iran’s team to Istanbul also included Ali Ashgar Soltanieh, Iran’s envoy to the International Atomic Energy Agency (IAEA).

American and Iranian officials had fairly extensive discussions at the last technical talks held in Istanbul last July, a senior US official told journalists at the five permanent members of the UN Security Council plus Germany (P5+1) talks with Iran in Almaty, Kazakhstan last month.

“There’s a little heightened hope that Iran will respond in a meaningful way when they meet,” Mark Fitzpatrick, a former State Department arms-control official now with the International Institute for Strategic Studies in London, told the Back Channel Thursday. “If Iran comes back engaging in the details […] if they are talking the same language […] it would be very much progress.”

President Barack Obama, speaking on Wednesday ahead of his first presidential trip to Israel next week, said that the United States currently assesses it would be at least a year before Iran could manufacture a nuclear weapon, and that the United States was intensifying efforts to try to reach a diplomatic resolution before that window closes, because it would be more enduring.

“Right now, we think it would take over a year or so for Iran to actually develop a nuclear weapon, but obviously we don’t want to cut it too close,” Obama told Israel’s Channel 2 Wednesday, the Associated Press reported.

“So when I’m consulting with [Israeli Prime Minister] Bibi [Netanyahu], my message to him will be the same as before,” Obama continued. “If we can resolve it diplomatically, that is a more lasting solution. But if not, I continue to keep all options on the table.”

Arms-control experts said calculating such a timeline involves a complicated set of likely and unlikely assumptions. “If Iran decided today to build nuclear weapons, it would require years, not weeks or months, to deploy a credible nuclear arsenal,” Greg Thielmann, a former US intelligence analyst now with the Arms Control Association, told the Back Channel Thursday.

The Istanbul experts-level talks come as Iranian leaders have intensified debate on the pros and cons of direct talks with the United States in recent days, suggesting Tehran may be mulling whether to take President Obama up on the offer and under what conditions.

Iranian Supreme Leader Ayatollah Ali Khamenei’s official website this week posted previously unreleased photos of Iranian and American officials meeting in Iraq in 2007, and interviews with Iranian officials involved in the talks, Al-Monitor reported Thursday. Then-US Ambassador to Iraq Ryan Crocker told Al-Monitor Friday that he found Tehran’s publication of the photos “interesting,” and said they were of meetings he attended in Iraq in 2007, when he served as the US envoy to Baghdad.

Two Iranian presidential candidates close to the Supreme Leader also weighed in on the merits of possible US-Iran talks in Iran media interviews this week.

Ali Akbar Velayati, the Supreme Leader’s longtime foreign-policy advisor and a former Iranian foreign minister, speaking to Iranian media Wednesday, said that “as long as Americans have not changed their behavior and methods of conduct with Iran, the stance of the Islamic Republic of Iran will remain unchanged,” IRNA reported.

But former Iranian nuclear negotiator Hassan Rowhani said there were situations when the Supreme Leader would endorse talks with the Americans, as he had in the past.

“It is not the Supreme Leader’s view that Iran and the United States should not have negotiations and relations until the Day of Judgment,” Rowhani, the Supreme Leader’s representative to the Iranian Supreme National Security Council, was cited as saying by Iranian media Thursday.

“If there is a situation where the country’s dignity and interests are […] served, he will give permission for dialogue […] as […] negotiations have been held between the two countries on issues related to Iraq, Afghanistan and the nuclear [issue],” Rowhani continued.