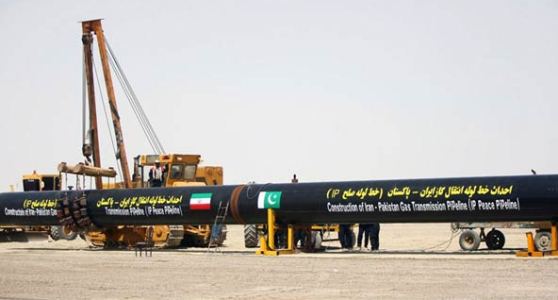 Hina rules out US curbs on IP gas project 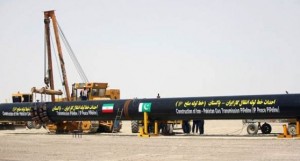 ISLAMABAD: Foreign Minister Hina Rabbani Khar Thursday said that the Iran-Pakistan (IP) gas pipeline project was in Pakistan interest and it was quite unjustified to portray it against any country as she assured that the US would never impose sanctions on Pakistan due to the gas project.

FM Khar in her last meeting with the media before she steps off her office said, “There has been a transformative shift in Pakistan’s foreign policy which has moved from the mindset of fear to a mindset of confidence and cannot be defined as being hostile to any other country. Terrorism has been the biggest challenge. “Pakistan has an independent foreign policy where we are looking for peace and stability in the region as did Zulfikar Ali Bhutto when he was the foreign minister and later Shaheed Benazir Bhutto,” she said.

Having worked both with General Pervez Musharraf’s regime and later in the PPP‘s democratic dispensation, Khar said that under Pakistan’s constitution the military had no role in the country’s foreign policy. However, when foreign policy coincides with the state’s security, one is duty bound and it is useful to cooperate and engage with the military.

Khar while speaking on relations with India confessed that the level of trust between the two countries was today insufficient to resolve the Kashmir issue. “There is level of mistrust even in the Indian media. I am disappointed but would not call it a strategic failure. We have walked the talk. We can only conduct our own policy and wait for them to come to us. We need to lead domestic opinion rather than follow. Both countries have invested in improving relations so let us take away ammunition from the naysayer”, she said. The minister also touched upon relations with China, Iran, Afghanistan, CARS, EU and the US.

Agencies add: In the regional context, the foreign minister said China has been our strategic ally and the present Government focused on transferring politically strong relations into economically strong ties. In this regard, she particularly referred to historic Gwadar Port agreement, Chinese investment in energy and infrastructure projects and President Asif Ali Zardari’s nine visits to China.

She acknowledged that there were disappointments vis-a-vis relations with India including unfortunate and hostile statements that emanated from that country on cross-LoC incidents.

She said Pakistan wants resolution of Kashmir dispute but pointed out that there was not required level of trust at the moment for resolution of the issue through dialogue. She said Pakistan is willing to work on Sir Creek and Benazir Bhutto and Rajiv Gandhi were close to agreement on Siachen but the progress was later marred.

During a news conference, Khar said the 66-year old policy regarding India was changed and confidence building measures were implemented. Khar added that Kabul was the most important capital for Pakistan.

Khar stated that the focus of the foreign policy was national interest, welfare of the common man and peace and stability in the region. To a question she said on the desire of Pakistan, Afghanistan conveyed in black and white that it wanted cooperation of Pakistan in direct talks with Taliban, holding of Ulema conference, safe passage for Taliban that wish to travel for peaceful purpose and release of all Taliban prisoners. She said Pakistan accepted all the demands and started responding positively.

She said relations with Iran are extremely important for Pakistan and the recent launch of IP will be a harbinger of good news for peace and cooperation. The minister also referred to initiation of strategic dialogue with GCC countries and focus on improving economic ties with the Russian Federation.

She hoped that the European Union would grant GSP Plus status to Pakistan in the beginning of next year, which will give a boost to the exports of the country. About United States, she said, Pakistan’s engagement is guided by the Parliament and is based on mutual respect. The two countries recognise each other’s importance and have a complete alignment of interests in Afghanistan.

To a question, she said IP gas pipeline project is in Pakistan’s national interests and should not be portrayed as against any country.She told a questioner that drone strikes continue to be a point of major divergence between Pakistan and the United States as Pakistan considers them illegal and unlawful.