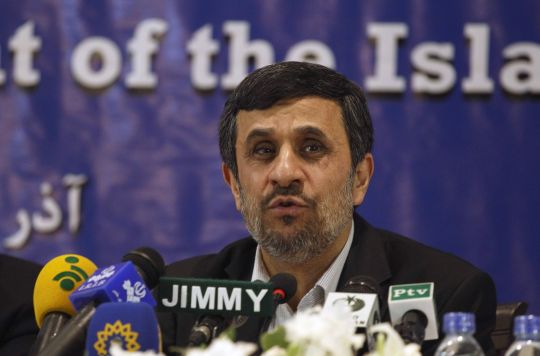 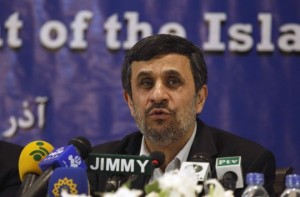 The capacity of the plant, located near Iran’s central city of Shazand, will hit 16 million liters per day, while the quality of the produced gasoline will be upgraded to Euro-5 standards in terms of its octane percentage, according to semi-official Mehr news agency.

According to the report, the inauguration of the plant is part of the development plan of Iran’s Shazand Imam Khomeini Refinery which will also be able to increase production of premium gasoline from the current 1.2 million liters to 3.2 million liters per day.

In the inauguration ceremony, Ahmadinejad said that the Iranian government should develop plans so that the country would not need to export crude oil, semi-official ISNA news agency reported.

Instead, the crude oil can be used in Iranian refineries to produce gasoline, gas oil and petrochemical products to be sold in the global markets at a price higher than the price of crude oil, he said.

“We are moving in this direction, but we need to speed up,” he was quoted as saying.

He noted that “the chains of dependence” on foreigners for oil explorations, building refineries and producing oil products are about to be broken.

“We should be connected to the neighboring states via cables and pipes, that is, to export oil, gas and electricity,” he added.

He stressed that it signifies “durable security, friendship and cooperation” among neighboring countries.

Iran and Pakistan inaugurated on Monday a gas pipeline project which would link Iran’s gas pipeline to that of Pakistan.

When the project is completed by mid-2014 as scheduled, Iran will export 21.5 million cubic meters of natural gas to Pakistan on daily basis.

Iran’s natural gas pipeline has already been linked to Turkey and Iran has plans to connect its gas pipeline network to Iraq and Syria.