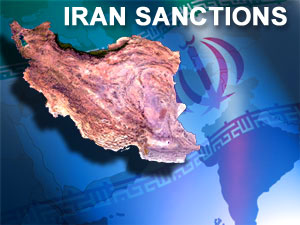 Struggling to maintain its place in Asia’s top tier, Iranian soccer is a reflection of a country laboring under the burden of a repressive political regime and not only the economic but increasingly also the psychological effect of international isolation and punishing sanctions.

The psychological wear and tear is universally visible. Iranian President Mahmoud Ahmadinejad, a soccer fan who has unsuccessfully tried to tie football to his waning political bandwagon in part because of his encouragement of political interference in the game and his failure to invest in grassroots development and modernization, last October chided the national team for lowering its ambitions.

“”If you think that you are only good enough for Asia, then that is what you will be and will remain. It is my firm opinion that Iran belongs to the world class elite as we have the talents and skills to be there,” Mr. Ahmadinejad said.

The politics of soccer were further highlighted last month when a court sentenced three businessmen and a banker linked to Mr. Ahmadinejad to death in a $2.8 billion fraud case involving the acquisition of soccer clubs and steel factories as well as the establishment of a private bank. The case was widely viewed as part of a power struggle in advance of presidential elections in June in which Mr. Ahmadinejad constitutionally cannot stand for a third term but is trying to ensure that one of his allies wins the poll.

“My experience as the national team manager of Iran was that football plays a major role in the political, social and even economic direction that the nation takes and the people who decide the direction of the country are constantly using the game for their political agenda. There are pluses and minuses to it all.

“The government’s financial resources support the game but it becomes politically manipulated. It becomes too dependent on the political system and the money and it starts operating as a political business,” said former Iranian national coach Afshin Ghotbi in a recent interview with Al Jazeera.

A recent visit to Iran at the invitation of an institute affiliated with the foreign ministry illustrated the psychological toll of the country’s isolation and sanctions imposed on it by the international community in a bid to force it to concede to international supervision of its nuclear program. The toll expressed itself in the regime’s pervasiveness, its fear-inspired penchant for control, a preference among officials for monologue rather than dialogue, and a dread of foreigners reminiscent of the former Soviet Union and North Korea.

The impact was on full display at an international conference on geopolitics in the Gulf in the southern Iranian city of Bandar Abbas that abuts the strategic Strait of Hormuz through which much of the world’s oil and gas flows. Invited foreign participants encountered a self-righteous bunker mentality and a bazaar merchant’s penchant for deception and half-truths. In a break with a culture that prides itself on its diplomatic, artistic and gastronomic sophistication, officials and clerics, embarked on diatribes of at times crude propaganda.

Speakers continuously played up Iran’s role as a regional power, the strategic geography of Shiite Muslims in oil and water-rich parts of the Gulf, the discrimination suffered by Shiites in countries like Saudi Arabia and Bahrain and the alleged subservience to the United States of wealthy Gulf states who blame Iran for stirrings of unrest within their own borders.

Foreign ministry officials and think tank figures associated with the ministry used their role as moderators to rudely cut foreign speakers short so that they could embark on a drumbeat of lengthy, highly politicized and ideological speeches. The degree of control became further obvious when several foreign participants who ventured into town on a shopping spree were intercepted by security officials allegedly for their own protection.

Foreigners are not the only ones to run afoul of the regime’s suspicions and bunker mentality. A recent crackdown on journalists is having a chilling effect. Iranian sports journalists refused to meet with a visiting foreign scholar saying they feared being hauled in by the security service.

Ahmed Shaheed, the United Nations’ monitor for human rights in Iran, warned in a report this week that the crackdown was intended to stymie potential protests linked to the upcoming election. Iran brutally suppressed protests in the wake of its 2009 presidential election.

Mr. Shaheed’s report that was denounced by Iranian officials who have refused to let him visit Iran also highlighted violations of the rights of women and ethnic and religious minorities. The regime nevertheless appears to be trying to soften its crackdown with a more liberal attitude towards women’s’ public appearance.

In a country known for enforcing strict dress codes, including a head dress that completely covers the hair, women in the streets of Tehran and Bandar Abbas appear fashionably albeit conservatively dressed with scarves that only partially cover their heads and faces to which they had applied makeup. “It’s the regime’s way of giving people some breathing room,” said one Iranian observer.

To be sure, repression as the result of fear appears to be part of the regime’s DNA. Marlene Assmann, a former soccer player and filmmaker, who documented in 2006 the first ever visit to Iran by a foreign women’s football team, recalls the team being effectively banned from interacting with their Iranian counterparts. Iranian players who featured in her film were barred from playing for up to two years. “It was very difficult, we couldn’t leave our hotel,” she says.

The regime’s fear of ethnic unrest is not without reason. Stadiums in which Tractor Sazi F.C. or the Red Wolves of Azerbaijan, a team owned by a state-run company, play are regularly the venue for protests demanding greater rights for Iran’s Azeri minority. At a recent clash in Teheran’s Azadi stadium with the capital’s storied Persepolis F.C., Traktor Sazi supporters unfurled a banner saying in English: “South Azerbaijan isn’t Iran,” a reference to Iran’s northern province of Azerbaijan that borders to the north on the former Soviet republic of Azerbaijan.

Says a young Iranian soccer fan: “It’s bubbling at the surface. Who knows if or when something will erupt.”

This article was written by James M. Dorsey for the Huffington Post blog on Wednesday March 13, 2013. James M. Dorsey is a senior fellow at the S. Rajaratnam School of International Studies, co-director of the Institute of Fan Culture of the University of Würzburg, and the author of The Turbulent World of Middle East Soccer blog where this story first appeared.