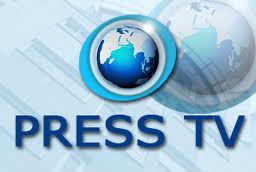 On Tuesday, the European Union imposed a travel ban on Press TV CEO Mohammad Sarafraz and its Newsroom Director Hamid Reza Emadi over a 10-second report about Iranian-Canadian journalist Maziar Bahari, who worked for Newsweek in Tehran, aired in 2009 following post-election riots in Iran.

Press TV has conducted an interview with James Fetzer, American philosopher from Madison, to discuss the issue. What follows is an approximate transcription of the interview.

Press TV: James Fetzer there is not a clear response to questions about the evidence behind sanctions but overall do you make sense out of this targeting the CEO and also the Newsroom director of Press TV?

Fetzer: Well, it is a form of harassment clearly and part and parcel of the effort to suppress information that has been provided by Press TV, which I regard along with the Russia Today, as among the most important news outlets in the world.

In fact you can gain more accurate information from Press TV about the international and even often domestic affairs that you cannot from the Washington Post and the New York Times.

I believe that this is part of the Bibi, Netanyahu’s frustration with his inability to orchestrate a war against Iran, which of course has only been justified on the basis of false and fraudulent grounds, especially that Iran is developing a nuclear weapons program, when it is quite obvious that it is not the case, and when even 16 American intelligence agencies concurred in 2007 that Iran was not pursuing a nuclear weapons policy, a conclusion they reformed in 2011.

To me it is simply stupefying how any administration could be pursuing policies in relation to Iran that contradict the intelligence conclusions of their own intelligence agencies.