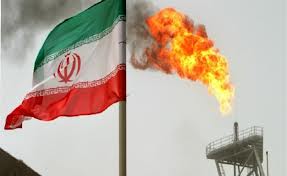 Iran would continue to prosper if it stops exporting oil, the agency reported First Vice-President Mohammad-Reza Rahimi as saying, “without oil exports, our neighbors will face serious problems.”

Iran is under several United Nations sanctions, embargoes and travel bans for its lack of cooperation in allowing inspections of its nuclear projects.

For now, Iran continues to rely heavily on oil exports.

“Iran’s 51 petrochemical complexes produced 37.3 million tons of petrochemical products in the past 11 months,” the news agency reported in another story published on Tuesday.

On Tuesday, the nation announced progress in the development of a pipeline to deliver gas from Iran to Pakistan.

“On Jan. 30, the Pakistan’s federal government approved a deal with Iran for laying the Pakistan’s segment of a pipeline,” the agency said. “On Feb. 27, the construction of the Pakistani section was inaugurated. According with Javad Owji, managing director of the National Iranian Gas Company, the pipeline in Pakistan is expected to be constructed in 22 months with the participation of Iran.”