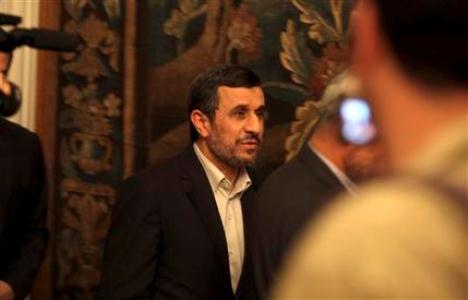 Iran resolved to enhance ties with all independent states: Ahmadinejad 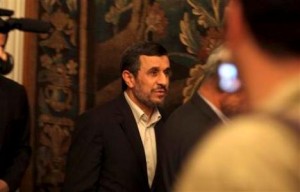 Iran’s President Mahmoud Ahmadinejad has reaffirmed the Islamic Republic’s determination to expand its relations with all the independent states across the globe.

“The Islamic Republic of Iran will steadfastly pursue the expansion of its ties with independent countries, including Benin, and considers that to be to the benefit of the two nations as well as all sovereign states,” said Ahmadinejad during a Sunday meeting with Benin’s Foreign Minister Nassirou Bako-Arifari in the Iranian capital city, Tehran.

The Iranian chief executive also described the relations between Tehran and Porto-Novo as “brotherly and expanding.”

Bako-Arifari, for his part, expressed satisfaction with the pace of the implementation of mutual agreements between Iran and Benin and noted that the January visit by Iran’s Foreign Minister Ali Akbar Salehi to the West African country remarkably facilitated the process.

Benin’s foreign Minister, whose country currently holds the rotating presidency of the African Union, also hailed the positive atmosphere of Iran’s comprehensive negotiations with the P5+1 group (permanent members of the UN Security Council plus Germany) in the Kazakh city of Almaty on February 26 and 27.

During the meeting, the two sides also extended their condolences over the death of late Venezuelan President Hugo Chavez last Tuesday.