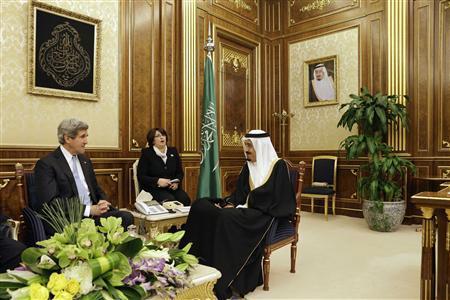 US offers to talk with Iran in ‘good faith,’ takes threatening tone 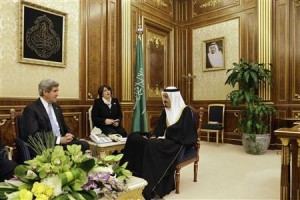 US Secretary of State John Kerry says Washington is ready to negotiate with Iran over its nuclear energy program in “a spirit of good faith,” while a top American general claims the US ‘can bring Iran to its knees.’

“I will repeat what the [US] president has said and what I have said a number of times. We are prepared through P5+1 and negotiating process to engage in a serious proposal… We look forward to doing so in the spirit of mutual respect, and a spirit of good faith in order to get this resolved peacefully,” Kerry told ABC News in Doha on Tuesday.

The US secretary of state also told CBS News on the same day, “Clearly, if Iran steps up in good faith, and is prepared to take steps to prove that their program is peaceful… I’m confident President Obama will meet them in an appropriate way to get where we want to go, which is still a peaceful resolution of this problem.”

Meanwhile, General James Mattis, the commander of the US Central Command, has said that the US-engineered sanctions on Iran are not working.

Addressing a Senate Armed Services Committee hearing on Tuesday, Mattis claimed that Tehran was “enriching uranium beyond any plausible peaceful purpose.” The top US commander also stated that Washington had a number of ways to bring Iran to its knees.

On February 7, Leader of the Islamic Revolution Ayatollah Seyyed Ali Khamenei rejected any talks with the United States under pressure and threats, saying, “An offer of talks makes sense only when the side [that makes the offer] shows its goodwill.”

The latest round of the talks between Iran and the P5+1 – the United States, Russia, China, France, and Britain plus Germany – was held in the Kazakh city of Almaty on February 26-27. The two sides agreed to convene again in the city on April 5-6 to continue the talks after holding “expert-level” talks in the Turkish city of Istanbul on March 17-18.

The United States, the Israeli regime, and some of their allies accuse Iran of pursuing non-civilian objectives in its nuclear energy program. Iran categorically rejects the allegation.

The International Atomic Energy Agency (IAEA) has conducted numerous inspections of Iran’s nuclear facilities, but has never found any evidence showing that Iran’s nuclear energy program has been diverted to military objectives.