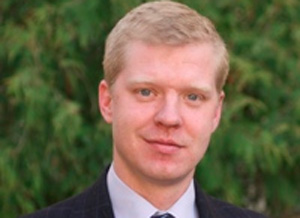 Svante Cornell: “If any state would strike Iran, it will probably be demanding some sort of cooperation from Azerbaijan”

Washington. N.Kazimova – APA. “The Azerbaijani leadership faces a very difficult situation, and it has been for many years, which is that they are a frontline state. If somebody within the US or Israel or somewhere else would strike Iran they will probably be demanding some sort of cooperation from Azerbaijan, which as you can imagine puts the Azerbaijani leadership in a completely untenable position. Because Israel is major ally of Azerbaijan but at the same time they know that they will be very much left alone on the frontline,” said Director of the Central Asia-Caucasus Institute & Silk Road Studies Program Dr. Svante Cornell in response to APA Washington correspondent’s question about security guarantees for Azerbaijan from Israel and the United States in case of an attack from Iran.

“Israel cannot be expected to have any security guarantees for Azerbaijan but the U.S. – for example, the whole issue of maritime surveillance in this region is basically dead, or any form of US security presence is declining rather than increasing – it makes it a lot more difficult for countries of this region to go out and take risk for Israeli or American interests when they know that the consequences for themselves will be very bad. And I think we need to recognize this. If the US is expecting to need these countries – such as Azerbaijan, Georgia, Turkmenistan, or Uzbekistan – there has to be a more strategic and a more ling-term stable policy of engagement in the field of security,” said Svante Cornell.