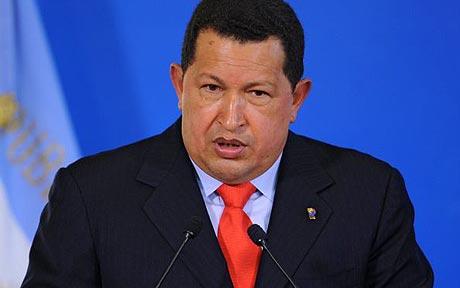 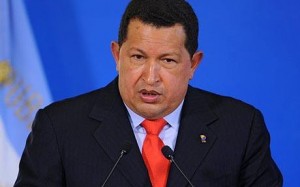 Ahmadinejad also hailed his close ally for “serving the people of Venezuela and defending human and revolutionary values.”

“He finally died from a suspect illness and he gave his life… to the elevation of his country and the freedom of his people,” Ahmadinejad said in a message of condolences to Vice President Nicolas Maduro.

The Iranian president was backing claims made by Maduro shortly before Chavez’s death was announced that Venezuela’s enemies had somehow afflicted the firebrand leftist with the cancer that eventually killed him.

“I have no doubt that he will return, along with the righteous Jesus and the perfect human.”

The last was a reference to Shiite Islam’s 12th imam that Iran’s majority faith believes will return with Christ to bring peace and justice to the world.

Iran and Venezuela have both pursued strongly anti-American foreign policies and have signed billions of dollars in investment agreements in recent years.

Chavez made 13 visits to Iran between 1999 and his death on Tuesday. Ahmadinejad has made six visits to Venezuela since 2005.

Mahmoud Ahmadinejad, Quoted March 6, 2013
Will the US block an Iran-Pakistan gas pipeline?
Progress in Iran talks?