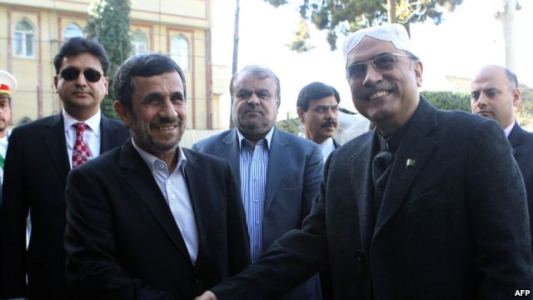 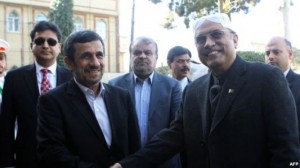 Pakistani President Asif Ali Zardari has announced that Pakistan will go ahead with a long-delayed gas pipeline project with Iran despite objections from Washington.

Speaking in Lahore on March 4, Zardari said the project, estimated to cost $1.5 billion, will be launched on March 11.

Zardari said the pipeline was needed to meet Pakistan’s growing energy needs, and he asked for a waiver on sanctions.

“The Iran-Pakistan pipeline project will be formally launched on March 11. Let me put my case across to the world and you,” Zardari said. “It is a project of immense importance to people of Pakistan. This project was conceived in 1994. The feasibility we have is of 1994. The world and other countries have given other nations permission to be doing business inclusive of these sanctions. So I don’t see why we cannot engage with the world and make sure that the world understands our point of view, and Pakistan also gets a waiver for this project.”

The United States has opposed the construction of the pipeline and has warned Islamabad to “avoid activity that could result in sanctions.”

The United States has imposed sanctions on Iran for Tehran’s failure to curb its nuclear program, a step also taken by other Western states and the United Nations.

Iran has already built its section of the pipeline. But Islamabad, under pressure from Washington, has been slow to start work.

Iran is now offering to help build the 750-kilometer section of the pipeline across Pakistan, including a loan to Pakistan of $500 million.

On February 27 in Tehran, Iran’s top leader, Supreme Leader Ayatollah Ali Khamenei, told Zardari to ignore U.S. opposition to the project, saying Iran was the only secure source of energy that can meet Pakistan’s needs.

Later that same day, the U.S. State Department said it was offering Pakistan alternatives to meet that country’s energy needs.

“We recognize that Pakistan has significant energy requirements but we really think there are other long-term solutions to Pakistan’s energy needs,” said deputy acting spokesman Patrick Ventrell.

Only Russia has greater natural-gas reserves than Iran.

Analysts say most of the gas is consumed at home, with the only foreign client being Turkey.

Iran is also planning to sell gas to two other neighbors: Iraq and Syria.

In 2011, the three countries agreed to build a pipeline, with work already started on the Iranian side.