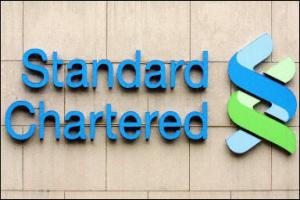 (Reuters) – Standard Chartered is set to report its 10th successive record annual profit on Tuesday after strong growth in its core Asian markets offset a big fine for breaking sanctions on Iran.

A $667 million fine from U.S. authorities is likely to have wiped out much of the London-based bank’s growth last year, but profits should still rise 4 percent to $7 billion, according to the average forecast of 16 analysts polled by Reuters.

In a rare blip after a decade of buoyant growth and few problems, Standard Chartered was last year hit by a U.S. fine for moving millions of dollars through the American banking system on behalf of customers in Iran and three other sanctioned countries.

Standard Chartered has also voiced concern about an “avalanche” of extra regulation, particularly stricter liquidity rules being imposed by its home UK regulator.

Britain is imposing tougher capital and liquidity rules and a tax on bank assets that could land Standard Chartered with a bill of more than $320 million this year, reviving speculation it could look to move its headquarters from London to Asia.

An EU plan to cap bonuses at no more than twice an employee’s salary could also hamper the bank’s pay structure.

Standard Chartered has ridden Asia’s rise through much of the last decade, allowing it to continue hiring and increasing earnings when much of the industry is shrinking.

The bank, led by former McKinsey consultant Peter Sands for more than six years, is expected to have added about 2,000 staff in 2012 and has said it could expand by a similar amount this year, although it plans to keep cost increase below its rise in income.

The bank’s annual results are expected to show strong growth in Malaysia, China and Indonesia and mirror its rival HSBC with buoyant earnings in its biggest market, Hong Kong.

Standard Chartered’s business in India, which accounts for about 10 percent of profits, is expected to show a drop in income, and there remain risks that revenues there will stay sluggish this year, analysts said.