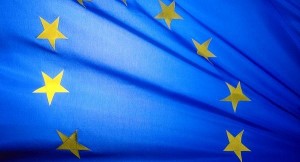 BRUSSELS, March 4 (KUNA) — The European Union Monday described last weeks talks between Iran and the 5+1 group ( UN Security Council members China, France, Russia, UK, US plus Germany) as “useful” but stressed that sanctions on Tehran will not be lifted till the international community is convinced about the peaceful nature of its nuclear programme.

“There is no change to the sanctions regime as of March 3,” Michel Mann, spokesman for EU High Representative Catherine Ashton, told journalists here today.

He stressed “that sanctions are not there for their own sake. They form part of our twin track approach. They are targeted at the Iranian nuclear progamme and financing of that programme. And they are also there to encourage the Iranians to come back to the negotiating table.” “Sanctions are there for a reason. And if and when there is no more reason for sanctions to be there then sanctions will no longer be there. But at the moment there are still remaining and existing concerns in the international community about the Iranian nuclear programme,” added Mann.

His comments came in response to remarks made by Iranian Foreign Minister Ali Akbar Salehi who said that international sanctions on Tehran will be gradually removed starting from yesterday, 3 March. “With the measures devised by the Iranian diplomatic apparatus, from today we will witness the gradual removal of sanctions,” Salehi said on Sunday, Iran’s Fars News Agency reported.

The EU spokesman noted that the 5+1 put a revised proposal to Iran on the table in the talks in the Kazakh city of Almaty on 26 and 27 February. “I am not going to give details about that proposal. We believe that it is a constructive basis for discussions. What we need is for Iran to take forward the positive stance that they apparently showed and turn this into concrete action,” said Mann.

“The ball remains in the Iranian court to take initial confidence building steps” to reassure the international community of the peaceful nature of Irans nuclear programme, said Mann.

“They did react in a positive way but we need that to turn into concrete action,” he underlined.

He noted that Iran and the 5+1 will hold technical-level meetings in Istanbul on 18 March and hoped “that the Iranians will similarly show positive spirit in those discussions.” Mann said that EU High Representative Catherine Ashton will hold another round of talks with Iran in Almaty on 5 and 6 April.