Salehi: Iran sanctions to ease as of today 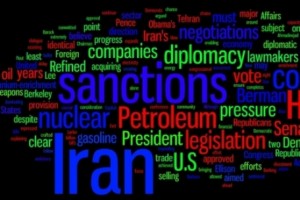 Sanctions against Iran will gradually ease from today: Salehi

Iran’s Foreign Minister Ali Akbar Salehi has announced that the US-engineered sanctions against the Islamic Republic will be gradually removed from today, March 3.

“With the measures devised by the [Iranian] diplomatic apparatus, from today we will witness the gradual removal of the sanctions,” Salehi told reporters on Sunday, IRNA reported.

His remarks on the inconclusive February 26-27 meeting between Iran and six world powers signaled impatience by Israel, which has threatened to launch preemptive war on its arch-foe, possibly in the coming months, if it deems diplomacy a dead end.

“Threatening Iran is not going to work,” Khazaee said in an interview with CNN’s “Fareed Zakaria GPS” program scheduled to air today. He cited the 1980-1988 Iran-Iraq war following the attack by the late Iraqi dictator Saddam Hussein, “a war which was supported, you remember, by the U.S. and western countries and even some Arab countries.”

The Iranian government has dismissed the recent report written by the United Nations Special Rapporteur on the situation of human rights in Iran, calling it unsubstantiated, biased, and a repetition of the Western allegations against Tehran.