Senators push vote for US to help Israel in attacking Iran 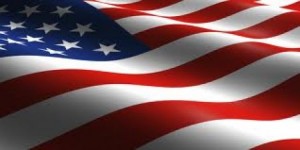 A bipartisan group of U.S. senators is pushing a resolution declaring that if Israel attacks Iran “in self-defense,” the United States will join in the military assault on Israel’s behalf.

Graham said the resolution will be non-binding and is neither a declaration of war nor an authorization to use military force. Non-binding resolutions are supposed to express the sentiment of Congress, as opposed to actually legislate policy. This one seems tied to placating the American Israeli Public Affairs Committee (AIPAC), which holds its annual conference in DC this weekend.

Leaving aside the fact that under no reasonable definition of “self-defense” could Israel conceivably justify an attack on Iran, the resolution is both an illustration of Congress’s fealty to Israel, as well as their aggressiveness towards Iran.

The consensus in the U.S. intelligence community, as articulated repeatedly by officials in the highest echelons of the U.S. government for years now, is that Iran has no nuclear weapons program. Iran has done nothing to threaten, rhetorically or militarily, the United States, despite the fact that Washington has had Iran militarily surrounded for the past decade.

If Iran had passed a resolution or ruling anywhere close to how threatening the Menendez-Graham measure is, there would be hysterical uproar in Washington over how reckless and belligerent the Islamic Republic is.

“This could have several negative implications,” Alireza Nader of the RAND Corporation told Ali Gharib at The Daily Beast. “First, it could be interpreted as endorsing an Israeli preventive strike against Iran, which runs counter to U.S. strategy. The U.S. intelligence community judges that Iran has not made the political decision to create nuclear weapons… hence an Israeli military strike against Iran at this moment is not necessary or justified.”

The resolution “could also send the message, not only to Iran, but also the wider international community, including major powers like China and Russia, that the United States is not serious about solving the nuclear issue peacefully,” Nader also told The Daily Beast. Antiwar.com

The United States has been giving Israel billions of dollars in military and economic aid packages annually. Israel receives about $3 billion from the U.S. in direct foreign assistance each year, which is roughly one-fifth of America’s foreign aid budget. ifamericansknew.org

President Obama has said that the U.S. is “fully supportive of Israel’s right to defend itself”. Huffington Post

The United States, Israel and some of their allies have repeatedly accused Iran of pursuing non-civilian objectives in its nuclear energy program. Over the false allegation, Washington and the European Union have imposed several rounds of illegal unilateral sanctions against the Islamic Republic.

In December, President Obama signed into law oil sanctions that penalize other countries for buying or selling Iran’s oil. The sanctions took effect on June 28.

Sanctions have also choked-off Iranian banks from the global financial arena by putting draconian restrictions on international banks that deal with Iran, including by cutting them off from the Society for Worldwide Interbank Financial Telecommunication. NY Times

Iran says, as a signatory to the nuclear Non-Proliferation Treaty and a member of the International Atomic Energy Agency, it has the right to use nuclear technology for peaceful purposes.