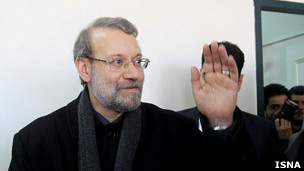 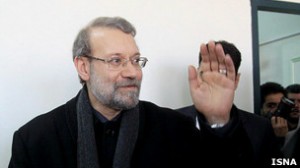 Larijani, currently on an Indian trip, made the remarks in a meeting with the Indian President Pranab Mukherjee on Wednesday, the report said.

Alluding to the “positive” outcome of the recent nuclear talks between Iran and the world powers in Almaty of Kazakhstan, Larijani said that “We have presented different packages of proposals in the nuclear negotiations” and it seemed that there were “progresses” in the course of the recent talks, according to the report.

“Iran will never move in the course of (acquiring) nuclear weapons” he said, adding that “Iran’s supreme leader has issued a decree against building (and the use) of nuclear weapons and even we suggested the decree be documented in the United Nations.”

The two-day talks between Iran and the P5+1 over Iran’s disputed nuclear program concluded on Wednesday in Almaty and both sides agreed to meet in expert-level in Istanbul, Turkey on March 17 to 18, followed by another high-ranking meeting in Almaty again on April 5.