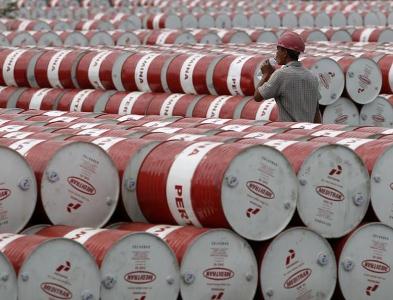 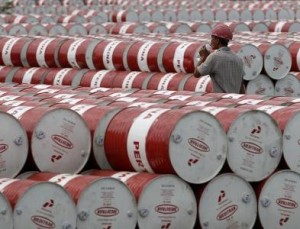 Iran’s government is projecting a 40 percent decline in oil revenue in the coming Iranian year, according to a draft budget submitted to parliament, official news agencies reported.

Iran expects to earn about 660 trillion rials from sales of oil, its main export, in the fiscal year starting March 21, the Mehr and Fars news agencies reported.

That figure is equivalent to $31 billion, said Rahim Mombeini, the president’s deputy in charge of budget affairs, according to Tehran-based Shargh newspaper. It wasn’t clear what exchange rate was being used. While the central bank’s official rate is 12,260 per dollar, a slump in the value of the currency as a result of international sanctions has left the currency trading at about 37,000 per dollar in street markets.

Iran’s oil exports have been hit by tighter restrictions imposed by the U.S. and European Union in an effort to force Iran to curb its nuclear program. EU countries have halted oil imports from Iran since July, and the U.S. is pressing other countries to reduce the amount they buy.

Iranian authorities have played down the impact of sanctions on crude sales. Still, the Iranian Students News Agency said on Jan. 7 that oil shipments plunged 40 percent in the last nine months.

Formerly the second-biggest producer in the 12-member Organization of Petroleum Exporting Countries, Iran was tied with the United Arab Emirates last month as the group’s No. 5 producer.

The 7,300 trillion rial draft budget is based on an oil price of $95 per barrel, Mehr said. Mombeini said the government didn’t expect oil prices to fall below $100 in the coming year.

In a Feb. 23 interview on state television, Ahmadinejad said Iran will attempt to partly compensate for the decline in oil revenue by increasing taxes.