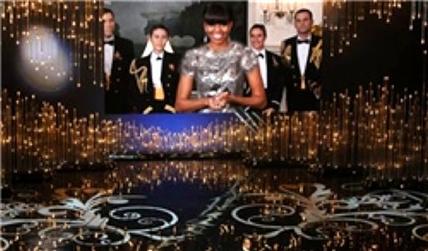 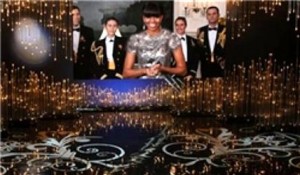 The first lady wore a sleeveless, scoop neck gown. The semi-official Fars news agency ran an altered photo that covered her shoulders and neckline with added material. State TV showed images that blurred the parts of her body that were exposed.

Under Iran’s Islamic dress code, women are required to cover their bodies in public. Films showing foreign women without a headscarf are considered acceptable, but revealing clothes are forbidden.

For the Oscars ceremony, Michelle Obama at the White House joined Jack Nicholson via video link to help present the best picture prize for “Argo,” a film based on the escape of six American hostages from the besieged U.S. Embassy in Tehran in 1979.

Fars said the first lady’s announcement suggested that the film was made with U.S. government support. Iranian officials have dismissed “Argo” as a CIA commercial.