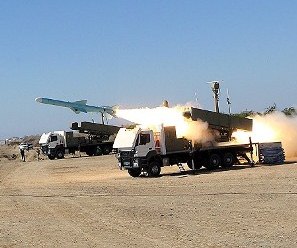 Israel security and diplomatic sources confirm the Iranian presence, as reported by Walla!, but won’t release any more information; this is not the first instance of Iranian emissaries in Gaza, Walla! quoted the sources as saying.

Representatives of the Iranian Revolutionary Guard have set up a presence in the Gaza Strip, senior Palestinian security forces told the Israeli media outlet Walla! News in a report published Tuesday.

These representatives are expert missile builders who moved to the coastal territory to help Hamas and Islamic Jihad militants develop long-range missiles.

Israel security and diplomatic sources have confirmed the Iranian presence, but would not release any more information. This is not the first instance of Iranian emissaries in Gaza, Walla! quoted the sources as saying.

The Walla! report emerged shortly after a Grad rocket fired from the Gaza Strip landed south of Ashkelon on Tuesday, for the first time since the end of Operation Pillar of Defense last November.

The rocket was fired at Ashkelon at around 6 A.M. and exploded in an open field. No rocket alert sounded prior to the explosion, nor did the Iron Dome defense system activate for interception.

The Al-Aqsa Martyrs’ Brigade claimed responsibility for the rocket, calling it revenge for the death of Palestinian prisoner Arafat Jaradat, who it emerged this week had succumbed to injuries caused by torture during interrogation. “We will never be free without fighting, and we must struggle in every way possible, including armed struggle, against the Israeli enemy,” said the militant group in a statement

The agreement essentially meant an Israeli retreat from its 300 meter-wide buffer zone on the Hamas side of the border, which it had imposed to operate against explosive devices and against Palestinians approaching the fence with Israel.