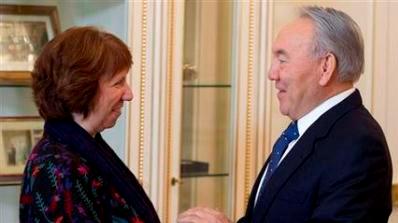 4th round of talks start over Iran nuclear program 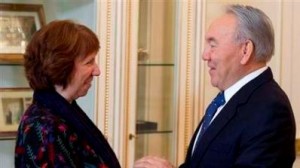 ALMATY, Kazakhstan (AP) — World powers have begun their fourth round of high-level talks with Iranian officials in hopes of stopping the Islamic regime’s nuclear program from making atomic weapons.

It’s not clear if the talks will conclude Tuesday night or stretch into a second day.

Interfax news agency cited Russia’s envoy at the talks as saying easing of sanctions is possible only if Iran can assure the world that its nuclear program is for exclusively peaceful purposes.

EU, Iran-P5+1 nuke talks, Iran's nuclear program, Kazakhstan, Quoted, sanctions against Iran, US February 26, 2013
Diplomats: No Iran-UN nuke agency meeting planned
Even if Iran gets the Bomb, it won’t be worth going to war