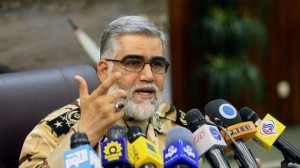 A senior Iranian commander says the Islamic Republic’s Army will hold a specialized drill in the southwest of the country in the near future.

Commander of the Iranian Army’s Ground Forces Brigadier General Ahmad-Reza Pourdastan said on Sunday that the exercise would be held by the end of the current Iranian calendar year (March 20).

The Iranian commander said the military maneuver would involve various corps of forces, such as the infantry, armored, and artillery units, and is aimed at enhancing the defensive readiness of Iran’s armed forces against enemy threats.

Iran’s armed forces have an active presence in the region and keep all the movements of regional and transregional forces under surveillance, he said.

The Islamic Revolution Guards Corps (IRGC) is currently conducting a major ground and air military exercise dubbed Payambar-e A’zam 8 (The Great Prophet 8) in the eastern areas of the country, including the cities of Kerman, Siriz and Sirjan.

The IRGC held a three-day missile drill dubbed The Great Prophet 7 in the central Iranian province of Semnan in July 2012.

In January 2012, the IRGC Ground Forces held the Shohaday-e Vahdat (Martyrs of Unity) military drill in the eastern province of Khorasan Razavi.