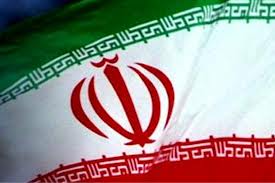 The group is led by a local Shiite leader from the central Nigerian city of Ilorin, who received training in Iran in armed combat and the use of improvised explosive devices, said Marilyn Ogar, spokeswoman of the state security unit also known as the Department of State Services. The group was planning attacks on the Lagos offices of the U.S. Agency for International Development, the Haifa-based ZIM Integrated Shipping Services Ltd. and the Jewish Cultural Center, she said without giving further details.

Nigeria is Africa’s largest oil producer and most populous country with more than 160 million people. It is almost evenly split between a mainly Muslim north and a largely Christian south. The West African country’s authorities have been battling Boko Haram, a northern-based Islamist group, which has carried out gun and bomb attacks in the north and Abuja that killed hundreds of people since 2009.

A shipment of Iranian weapons, including rockets, grenades and mortars, was seized in 2010 by Nigerian customs who said they were labeled as “packages of glass wool and pallets of stone.” Azimi Aghajani, an Iranian national, and Nigerian Aliyu Jega are facing trial for illegally shipping the weapons into the country.