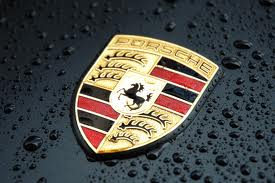 TEHRAN, Iran (AP) — An Iranian newspaper says at least 500 Porsche cars have been imported by way of a Persian Gulf island that is also claimed by the United Arab Emirates.

Thursday’s report by the Javan daily quotes lawmaker Amir Khojasteh as saying it’s unclear who the importer was or why the island of Abu Musa was used as the route to bring the vehicles into Iran.

Khojasteh is demanding that Industry Minister Mahdi Ghazanfari elaborate on the case.

Abu Musa is one of three Iranian-controlled islands close to the strategic Strait of Hormuz, a key waterway through which about one-fifth of the world’s oil supply passes.

Tehran says they have been part of states that existed on the Iranian mainland from antiquity until the British occupied them in the early 20th century.

February 21, 2013
Israeli drone downed near Syrian border with Lebanon
Iran intends to arrange flights from its northern provinces to Baku