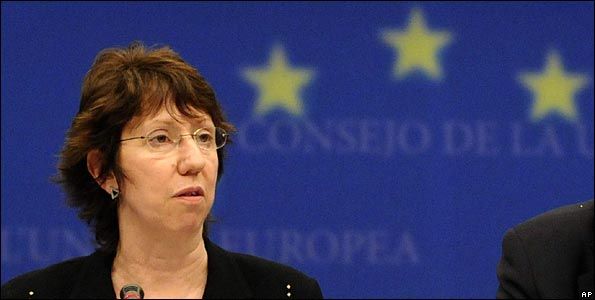 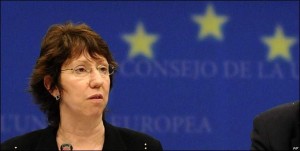 The five United Nations Security Council permanent members and Germany will make a new offer to Iran to resolve the dispute about its nuclear program in talks next week, a Western diplomat said.

The diplomat, who asked not to be more closely identified, told reporters in London today that the offer will contain significant new elements, without giving further details.

Stalled multilateral negotiations on Iran’s nuclear work are scheduled to resume in Kazakhstan on Feb. 26. The last round of talks between Iran and world powers, held in Moscow in June, failed to yield results. The multinational group asked the Islamic Republic to suspend production of 20 percent enriched uranium while Iran pressed for relief from financial and trade sanctions imposed because of its nuclear program.

Iran said yesterday it can ease western states’ concern over its nuclear activities if they fully recognize its right to operate a civilian nuclear program.

If the U.S., U.K., France, Germany, Russia and China “recognize our full rights for peaceful nuclear energy, this will show their goodwill,” Foreign Ministry spokesman Ramin Mehmanparast said at a news conference in Tehran. “As for us, we will offer ways to remove concerns” that the nuclear program may have a military dimension.

“Proper measures” can be taken by both sides, though each step taken needs to be “equal and proportionate,” Mehmanparast said.

The UN atomic watchdog failed to reach a deal with Iran last week to give inspectors access to alleged nuclear facilities and couldn’t agree on a date for a future meeting.

An International Atomic Energy Agency team met with Iranian officials to seek access to locations including a military base in Parchin, about 20 kilometers (12 miles) southeast of Tehran. The IAEA says it was provided with intelligence that Iran may have built a blast chamber for testing nuclear-weapons components at the military site.

The IAEA’s investigation into alleged atomic-weapons work by Iranian scientists is in its 10th year. The Persian Gulf nation denies allegations that it seeks to build atomic bombs and says it isn’t willing to give wider access to inspectors until its rights as a signatory to the nuclear Non-Proliferation Treaty are officially recognized and it is allowed to see documents on which claims about its atomic program are based.

The U.S. warned in November that absent Iranian agreement to boost IAEA cooperation, the nation faced another referral to the Security Council. The IAEA’s 35-member board of governors convenes in Vienna on March 4 to discuss Iran.