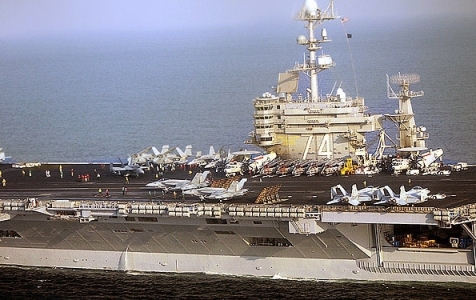 Why Iran needs to picture western ships in Strait of Hormuz?

This is getting ordinary, watching footage from Iranian UAVs monitoring western ship in Persian Gulf and Strait of Hormuz. Some presume Iranian UAVs recognizance missions as ordinary checkups on sea traffic which NATAO affiliations allow intently to prevent any military tension in the sensitive oil route; however a deep look into Iranian anti-ship warfare will unveil necessity of the missions for any further military confrontation.

The first incident that was reported both by Iranian crop guards and US navy dates back to early 2006 when an Iranian Ababil UAV flew a 15 minutes Recon mission above USS Ronald Reagan aircraft carrier. After observation of the UAV by on deck personnel, the carrier attempted to intercept the drone by scrambling at least 4 F-18Cs, but the UAV returned to its base. Since the Ronald Reagon incident Iranian unveiled several footages in which Iranian UAVs were monitoring not US but all kinds of western war ships. In an event even an Iranian navy air wing, Fokker 27 flew over USS John C. Stennis providing clear and artistic images for Iranian media. After the F-27 incident, which could be easily prevented by on board air defense let alone ready-to-scramble jets, most people considered Iranian recon missions as simple check-ins which poses no threat to US or any other navy, but is it really?

Iranian Drones are known to being able to carry air launched weapons such as 3 to 6 barrel RPG-7 launchers. However beside carrying weapons, Iranian UAVs pose a more serious threat to western navy by capturing images from specific angles and recording heat signature of the vessels. This data would significantly improve Iranian land based anti-ship units’ capabilities to successfully engage foe forces in a time of military conflict. 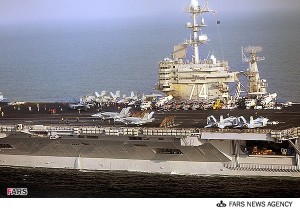 Iranian anti-ship units use a large stockpile of ballistic and cruise missiles which utilize infra-red imaging systems as primary guidance mode. IR Navy use Khalij-e Fars  (Persian Gulf) ballistic missiles which is a derivative of Fateh 110 missiles equipped with a thermal imaging guidance system. The missile can “watch” the battlefield by its thermal imaging system in its last phase and chose a target using image processing software to attack. Same capability has been reported for Russian Iskander missiles which Iran reportedly purchased from Belarus. 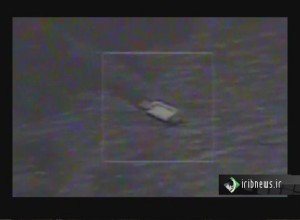 Using the database that Iranian drones provide, Khalij-e Fars or Iskander missiles can identify their targets between decoys which will possibly deployed to battlefield to deceive incoming missiles by comparing shape or heat signature of targets. The data base also can be used by the missile to lock on specific targets such as air defense vessels. Air defense vessels such as US Aegis or British daring class are responsible for protecting travelling ships, tankers, anti-mine or ship destroyer vessels from aircraft and missile attacks. By eliminating defender units, other cheap missiles Such as old Styx missiles can engage less protected vessels. 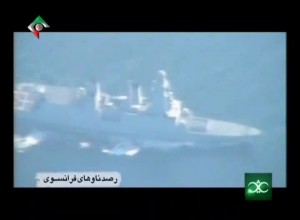 Taking into account the fact that Iran proxy in Lebanon, Hezbollah, also could be client of such ballistic missiles, the imagery data base also can be used for precise engagement ground targets in Israel. Iran and Hezbollah claimed dozens of such recon sorties above Israel, including the latest incident involving Ayub drones, which can capture sensitive targets specifications. Using such data Hezbollah missiles can identify sensitive targets such as oil refineries power stations and military emplacements and perform precise attacks.