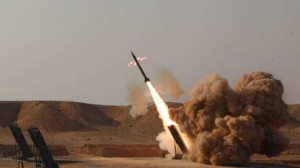 Commander of the IRGC Ground Forces Brigadier General Mohammad Pakpour said on Wednesday that the three-day drill would begin on February 23.

Pakpour added that the maneuver would cover areas in the east of Iran including the cities of Kerman, Siriz and Sirjan.

The drill is aimed at testing the latest equipments of the IRGC, maintaining the forces’ preparedness and carrying out asymmetric warfare techniques.

Iran’s Navy launched the six-day naval maneuvers dubbed Velayat 91 on December 28, 2012, in order to display the country’s capabilities in defending its maritime borders.

Iran’s Army and the IRGC conducted a joint drill, codenamed Modafe’an-e Aseman-e Velayat 4 (Defenders of the Velayat Skies 4), in November 2012.

The drills covered an area of 950,000 square kilometers in the provinces of Khorasan Razavi, North Khorasan, South Khorasan, Sistan-and-Baluchestan, Hormozgan, Kerman and parts of Fars and Yazd provinces.

The IRGC held a three-day missile drill dubbed the Great Prophet 7 in the central Iranian province of Semnan in July 2012.

In January 2012, the IRGC Ground Forces held the Shohaday-e Vahdat (Martyrs of Unity) military drill in the eastern province of Khorasan Razavi.