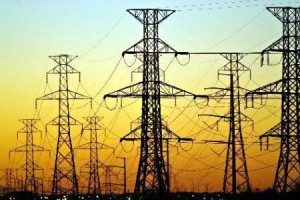 There has been a fall in electricity demand in Iran’s sanctions-hit economy led to a 29-percent rise in its power exports over the last 11 months, the state news agency IRNA said on Tuesday.

Iran’s economy has been battered by sanctions imposed by the United States and the European Union which have slashed its oil exports and hobbled the wider economy by severing links to the global financial system.

Iran has exported 10,000 gigawatt hours (GWh) of electricity since the start of the current Iranian year on March 20, 2012, up from 7,758 GWh the previous year, IRNA reported, citing data from the energy ministry.

The sanctions have targeted oil exports because the West believes Tehran is funding a nuclear weapons program with oil revenues. Iran has denied any plans to develop nuclear weapons.

Western governments have pressured Iran’s biggest customers in Asia to reduce their Iranian oil imports over the last year however, sanctions have not been imposed on power exports.

Iran is a net exporter of electricity on an annual basis – trading with Armenia, Pakistan, Turkmenistan, Turkey, Azerbaijan, Iraq and Afghanistan – but suffers from supply shortages at peak times.