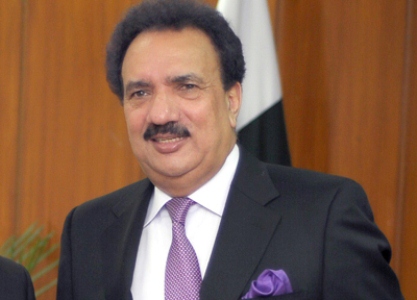 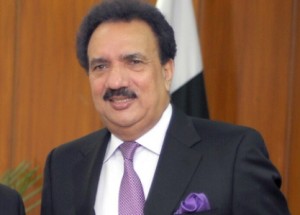 TEHRAN (IRAN): Pakistan and Iran have inked an agreement to enhance bilateral and international cooperation in the field of security and combating transnational organized crime.

At a signing ceremony held here, Minister for Interior, Rehman Malik and his Iranian counterpart, Mustafa Najar said that providing internal security will be conducive for trade and to control crimes.

He said this is a good development that both the countries have recognized the need for expanding the cooperation in combating terrorisim and eliminating illicit drugs and human trafficking.

Highlighting the scope of cooperation, Rehman Malik said under this agreement both the countries will cooperate in the prevention and combating of organized crimes in the region including smuggling of goods and properties as well as cultural and historical objects and the restitution of such items.

The other areas are crime of forgery of state securities, travel documents, money, credit cards and any other papers of value, illegal economic activities such as money laundering and utilization of income from such activities and illicit trade in weapons, ammunition and explosive materials.

Some other areas include activities which will endanger the national security of the other party, transnational organized crimes, terrorism and any other crimes referred to in this agreement, human trafficking as well as illegal immigration, particularly abuse of women and children and also cyber crimes and other offences which take place by misuse of communication and telecommunication devices.

On a question about methods of cooperation, Rehman Malik said each country will adopt measures for implementation of this agreement which would identify group or persons involved in transnational organized crimes or who are wanted for such crimes and providing relevant information such as pictures, fingerprints.

He said both the countries would also cooperate with regard tto exchange of information on different types of transnational organized crimes and preventive methods to combat them.

As per agreement both the countries would also cooperate in exchange of experiences in organizing, training, management and education of their own forces as well as exchange of experts in order to expand bilateral cooperation to prevent organized crimes, terrorist acts, drug trafficking.

He said the two countries have agreed to establish a joint working group headed by the Deputy Interior Minister of Iran for Security and the Secretary, Ministry of Interior of Pakistan for monitoring the performance of this agreement, to offer solutions in respect of problems faced during the course of implementation of the agreement and for reviewing and updating of this agreement, if and when required

He also expressed sympathies with people of Pakistan over the terrorist incident in Quetta and said both the countries stand together against terrorism and would eliminate this menace for peace in the region.