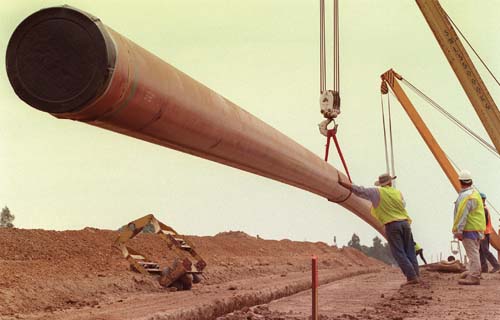 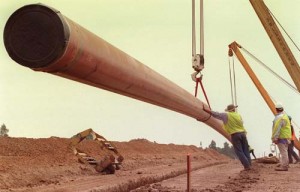 BAGHDAD: Iraq on Tuesday gave the go-ahead for a framework agreement to be signed for the construction of pipelines through Iraqi territory that would deliver Iranian gas to Syria.

A cabinet statement said that Oil Minister Abdelkarim al-Luaybi had been instructed to sign the deal, by which Iranian natural gas could be delivered in the future to Europe as well.

In July last year, Iran, Iraq and Syria inked a memorandum of understanding for the gas pipelines, with Tehran saying that the total cost of the project would be about $10 billion.

The construction of pipelines stretching for several thousand kilometres (miles) “should take three to five years once funding is secured,” Iran’s deputy oil minister Javad Ouji said at the time.

Ouji said in July that the project calls for the construction of a 56-inch (142 centimetre) pipeline with a capacity of 110 million cubic metres a day, connecting southern Iranian port of Assalouyeh to Iraq and then to Syria, with the possibility of extending to Lebanon and Europe.

Iran has the second largest proven gas reserves in the world after Russia.

It currently consumes almost all of the approximately 600 million cubic metres (21.8 trillion cubic feet) per day of gas production, but hopes to double its output and export some 250 million cubic metres per day to its neighbours and to Europe from 2015 through developing a giant offshore gas field in the Gulf, which it shares with Qatar.