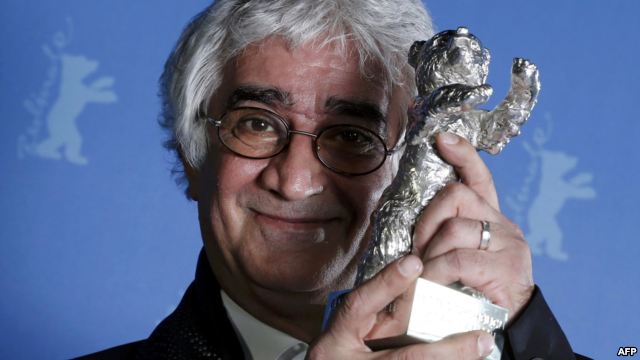 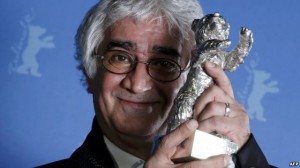 AFP – Iran on Monday protested against the awarding of a Silver Bear to Jafar Panahi for the best screenplay for Parde (Closed Curtain) at the 63rd Berlin film festival, the ISNA news agency reported.

The award went on Saturday to the dissident director and his long-time collaborator Kambuzia Partovi, for a film made secretly in defiance of a ban by the Tehran authorities.

“We have protested to the Berlin film festival organisers,” ISNA quoted the head of the Iran cinema organisation and deputy culture minister Javad Shamaqdari as saying.

“We believe that the Berlin fest organisers should correct their behaviour. Everyone knows that making a film and sending it outside the country needs permission.

“Making these films is illegal, but so far the Islamic republic has shown patience towards such illegal acts,” Shamaqdari said.

Panahi was detained for a documentary he tried to make on the unrest following Iran’s disputed 2009 presidential election and banned from making more films for 20 years.

He was given a six-year jail sentence but currently remains under house arrest.

But the director, who has picked up a series of prizes at major international festivals for socially critical movies that are outlawed in Iran, has been feted abroad as one of the most original voices of the Iranian new wave.

Although he was prevented from presenting the film in person in Berlin, Panahi himself appears on screen in his haunting feature about state oppression.

The picture was the front-runner in a poll of German critics published by Berlin’s daily Tagesspiegel newspaper, which called it “harrowing” and “courageous.”

“It is impossible to stop a thinker and a poet. Their thoughts bear fruit everywhere,” Partovi said, accepting the award because Panahi was not granted permission to travel.