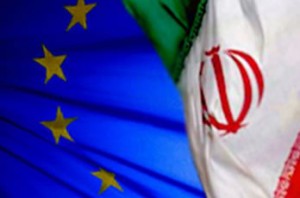 The European Union and Russia called on Iran on Tuesday to be flexible at much-anticipated talks next week over its disputed nuclear programme.

EU foreign affairs head Catherine Ashton said after meeting Russian Foreign Minister Sergei Lavrov that both sides “expressed hope that Iran will come to these negotiations with flexibility and that we can make substantial progress”.

“We remain determined to work towards a solution of the Iranian nuclear issue and the key is for Iran to comply fully with its international obligations,” Ashton said in a statement.

The next round of talks with Iran under the ‘5+1’ format — UN Security Council members Britain, China, France, Russia and the United States, plus Germany — will be held on February 26 in Kazakhstan after a long gap and failed meetings in Istanbul, Baghdad and Moscow.

Iran insists that its nuclear programme is peaceful and that it has every right to pursue it under current international conventions.

The United States has led charges that Tehran instead is intent on obtaining nuclear weapons.

Washington has helped put in place a tough sanctions regime backed by the EU to try to force Iran to allow full access to its facilities.

Ashton said she had also discussed Syria with Lavrov, with both backing the work of UN Joint Special Representative Lakhdar Brahimi in trying to resolve the bloody conflict in the country.