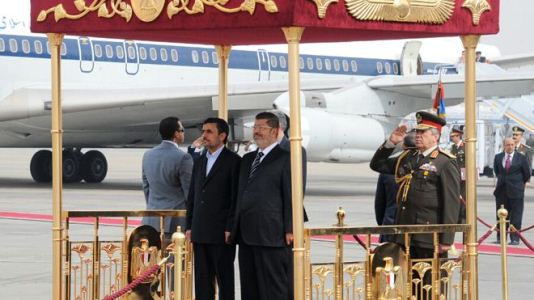 Why Ahmadinejad did not visit Tahrir Square? 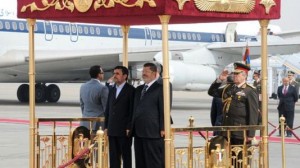 TEHRAN, Feb. 18 (MNA) –The Head of Iran’s Interest Section in Egypt points to Ahmadinejad’s visit to Egypt and believes the visit was ‘very crucial’ in current situation.

Mojtaba Amani said that besides attending the Summit as main event,the President had additional visits in his schedule. “I have been serving for a long time in Egypt, but the warm welcome by Egyptians for the president and their amicable reactions en route were more than what I expected,” said Amani.

Iranian diplomat believed people’s welcome and slogans were in line with supporting Iran and Islamic world. “Slogans and friendly gestures by Egyptians to president revealed that despite years of negative propaganda against Islamic Republic, how close they have been,” he asserted.

The Head of Iran’s Interest Section in Egypt commented on Ahmadinejad’s suspension of the visit to Tahrir Square. “There was no time on his schedule to visit Tahrir Sq., since the conditions were not favorable for a visit by anyone. Tahrir is no longer a symbol of ‘Egyptians solidarity’, but a scene of political conflicts,” he added.