No chance of peace in Afghanistan, without Iran’s support: Rustam Shah 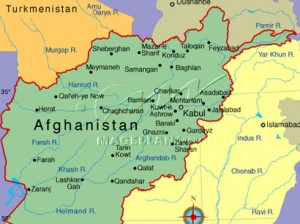 Rustam Shah said that presence of foreign forces is the main reason for instability in Afghanistan.  “US wants to stay in the region on permanent basis,” he warned.

The analyst strongly believed that stability of Iran means the stability of the region. The analyst was of the opinion that powerful Iran is in the interest of the whole Muslim world.

In an interview with IRNA, he strongly rejected the US-engineered sanctions on Iran terming them baseless. He added that enrichment of uranium for peaceful purposes is Iran’s inalienable right which cannot be denied.

Rustam Shah Mohmand strongly believed that US is behind all conspiracies and plots against Iran as the country cannot tolerate a powerful Muslim state that challenges its hegemony. He urged the countries of the Middle East to support Iran over its peaceful nuclear program.

The analyst expressing his views said that US wants to destabilize this region by capturing the resources of regional states.

Former diplomat said that Iran and Pakistan enjoy strong brotherly relations but they should be further enhanced.

Rustam Shah Mohmand was of the view that Iran holds major position in the region and it is impossible to establish peace in Afghanistan without the support of the Islamic Republic.

He said that Iran is the host to millions of Afghans and is playing a vital role for the reconstructing and rehabilitation of Afghanistan.

He said that drug trafficking from Afghanistan is also a matter of concern for Iran. The intellectual went on to say that Iran wants to see a stable and peaceful Afghanistan.

Rustam Shah Mohmand is specialist of Afghanistan and Central Asian affairs and a renowned security analyst. He has served as ambassador to Afghanistan and chief secretary of Khyber-Pakhtunkhwa province.