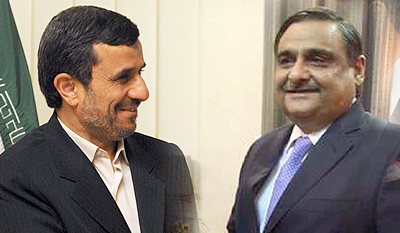 Signing of Pakistan-Iran pipeline deal deferred for a week 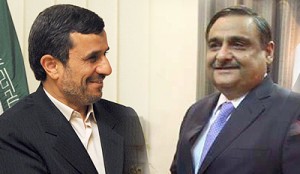 ISLAMABAD: The signing of the $1.5 billion Pakistan-Iran gas pipeline deal has been deferred for next week after Iranians get the draft vetted by their legal experts and return it to Islamabad.

Both sides have developed a consensus draft of agreement at technical level talks which lasted here for five days and the officials of Tadbir Company have taken it to Iran for input from their legal experts keeping in view the international laws and US sanctions imposed on Iran, a senior official of the Ministry of Petroleum and Natural Resources told The News.

During the five-day talks, he said, Pakistan has also asked Iranian side to reduce the gas price per MMBTU as against the price settled in gas sales purchase agreement (GSPA) already signed between the two countries. There is a clause in the agreement of GSPA if Pakistan arranges import of gas from other country at a lower price than the price of gas to be imported from Iran, then Tehran will be bound to reduce the gas price accordingly.

“We have struck a deal with Turkmenistan for import of gas under TAPI gas line at reduced price if compared with price of Iran,” the official said. On this demand, the official told, Iranian side would also take its high command into confidence and would return next week with a response on this particular issue.

Meanwhile, the cabinet committee on government to government agreements here on Friday approved the draft agreement of EPC developed in the five days talks with official of Tadbir.

During the talks, it has been agreed that Iran’s Tadbir company would construct the pipeline at the cost of Rs190 million per kilometer. The Tadbir will lay down two km pipeline per day. Pakistan would purchase gas from Iran for 20 years and five years would be extendable.

Once the EPC gets signed, then ground breaking ceremony would be held as soon as possible so that the project could be finished by end of next year.