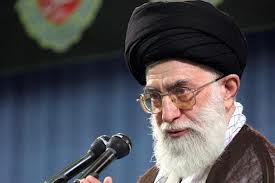 Iran has no intention to develop nuclear weapon – Supreme Leader

Iran’s Supreme Leader says Iran is not seeking nuclear weapons, but that no power could stop Tehran’s access to an atomic bomb if it intended to build it.

Ayatollah Ali Khamenei, who has the final say on all state matters in Iran, told a group of Iranians in his residence in Tehran that Iran backs the elimination of nuclear weapons.

Major powers plan to offer to ease sanctions barring trade in gold and other precious metals with Iran in return for Iranian steps to shut down the nation’s newly expanded Fordow uranium enrichment plant, Western officials said on Friday.

The officials said the offer is to be presented to Iran at February 26 talks in Almaty, Kazakhstan, and they acknowledged that it represents a relatively modest update to proposals that the six major powers put forward last year.

The Iranian ambassador to the UN has censured recent remarks by the UN chief on Iran’s nuclear energy program, saying Ban Ki-moon’s “biased stance” is against international principles.

Mohammad Khazaei said in a letter to the UN secretary general on Friday that it was “unfortunate” that Ban had adopted a stance “in contradiction to his duties and against international principles” on the nature of Iran’s peaceful nuclear energy activities.

As Iran buries general, Syria rebels say he was killed in Israeli strike

A top commander of Iran’s Revolutionary Guard Corps, who was killed in Syria and buried in Iran on Friday, actually died in Israel’s attack on a Syrian military compound in late January, according to a faction of Syrian rebels.

Iran reported Wednesday that Gen. Hassan Shateri—a senior commander of the Quds Force, an elite international unit of the Revolutionary Guard—was killed the previous day in Syria on his way from Damascus to Beirut.

A senior Iranian official has vowed to take revenge on Israel for its alleged involvement in the killing of a commander of Iran’s powerful Revolutionary Guard.

The Guard has accused “mercenaries and supporters” of Israel being responsible for Wednesday’s killing of Gen. Hassan Shateri on the road linking Damascus to Beirut.