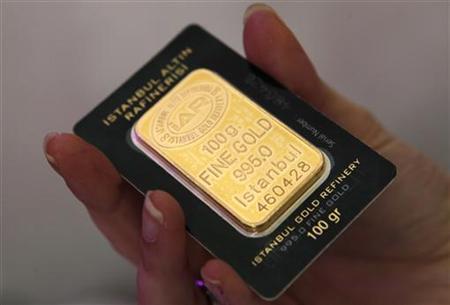 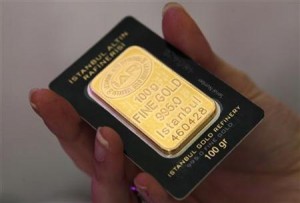 (Reuters) – Major powers plan to offer to ease sanctions barring trade in gold and other precious metals with Iran in return for Iranian steps to shut down the nation’s newly expanded Fordow uranium enrichment plant, Western officials said on Friday.

The officials said the offer is to be presented to Iran at February 26 talks in Almaty, Kazakhstan, and they acknowledged that it represents a relatively modest update to proposals that the six major powers put forward last year.

Speaking on condition of anonymity, the officials said their decision not to make a dramatically new offer in part reflected skepticism that Iran is ready to make a deal ahead of its June 14 presidential election.

The group, which includes Britain, China, France, Germany, Russia and the United States – and is known as the P5+1 – wants Iran to do more to prove that its nuclear program is for only non-military purposes and to permit wider U.N. inspections.

Iran denies it is seeking nuclear weapons but has refused, in recent years, to halt its uranium enrichment, a process that can produce fuel for nuclear reactors or, ultimately, for bombs.

Israel, which is regarded as the Middle East’s only nuclear power and which views a nuclear-armed Iran as an existential threat, has raised the possibility of taking military action to halt the Iranian atomic program.

While stressing he wants to resolve the dispute with Iran through diplomacy, U.S. President Barack Obama on Tuesday repeated a veiled military threat, saying “we will do what is necessary to prevent them from getting a nuclear weapon.”

The core of the new offer revises last year’s demand that Iran stop producing higher-grade uranium, ship any stockpiles out of the country and close down its underground enrichment facility at Fordow, near the holy Iranian city of Qom.

“The next proposal is remarkably close to the old one,” said one official who spoke on condition of anonymity, describing it as “a way to test whether they are serious or not.”

“We don’t think the Iranians have given us reason to do much more,” he said. “It’s basically an update … so it does require a little bit more from Iran in terms of cooperation with the (International Atomic Energy Agency) and at Fordow.”

According to the IAEA’s November report, Iran has increased the number of centrifuges at Fordow, an underground plant that could be largely impervious to attack from the air, by 644 to 2,784 since mid-August.

It has been enriching uranium at Fordow with one quarter of the total, or 696, centrifuges. Western diplomats say Iran is technically ready to sharply expand enrichment at Fordow but that, as of last week, it was not believed to have done so.

In further defiance of international demands that it scale back uranium enrichment, Iran this week said it was installing advanced enrichment machines at its main plant at Natanz, adding to Western worries it may be able to refine uranium even faster.

According to an IAEA report released in mid-November, Iran has a stockpile of 134.9 kg of 20 percent enriched uranium, bringing it closer to the ability to produce the 90 percent uranium needed to provide fissile material for atomic bombs.

Israeli Prime Minister Benjamin Netanyahu last year said Iran must not be allowed to amass enough enriched uranium for a single weapon, suggesting it would do so by the spring or summer of 2013 and implying a decision on whether to use military force against Iranian nuclear sites would have to be made by then.

Western officials said their new demands take into account the advances at Fordow as well as their desire that Iran cooperate more broadly with the IAEA, the U.N. nuclear watchdog.

While declining to provide exact details on what the P5+1 members would demand of Iran, a second Western official said the group wanted the steps to “build in buffer time” to ensure that it would take Iran “more time to restart Fordow.”

“We use very careful wording such as ‘decreasing readiness of Fordow’. These are face-saving words,” this official said.

The added inducement for Iran in the new offer is to suspend sanctions on trade in gold and precious metals, something that could be used as part of barter transactions that might allow Iran to circumvent increasingly tight financial sanctions.

It goes beyond last year’s proposal, in which the powers offered sanctions relief on aviation spare parts, fuel for a medical reactor and other civil nuclear cooperation.

The Western officials described their new proposal as “more for more” – meaning that they are seeking more steps to curtail Iran’s nuclear program in exchange for greater inducements on their part, but they admitted it is not a dramatic shift.

“It’s still more for more, (but) not much more,” said the second Western official.

Iran has so far been unwilling to embrace any of the P5+1’s offers, including one made in October 2009 under which Iran would ship out much of its enriched uranium in exchange for fuel for the Tehran Research Reactor that produces medical isotopes.

The United States and the European Union have over the last 14 months put in place increasingly tough sanctions on Iran that directly target its lifeline oil industry.

The EU last year imposed an embargo on its members buying Iranian crude, while the United States moved to force other nations to curtail their oil imports from Iran with the threat of cutting off their banks from the U.S. financial system.

In a step to close a loophole under which third countries could barter for oil, U.S. President Barack Obama last July signed an executive order that would allow him to penalize any company that helped Iran acquire gold or other precious metals.

Any companies that did so could have their assets under U.S. jurisdiction frozen and be denied access to the U.S. financial system, a powerful deterrent to any bank or trading company.

The European Union bars trade in gold, precious metals and diamonds with Iranian public bodies and with the central bank.

The Western officials declined to specify precisely how the United States and European Union might ease such sanctions.

It is unclear whether the Iranians would find such an offer appealing or even the basis for further talks, or whether they might hold out for a much more comprehensive offer that the P5+1 do not, at present, appear ready to put on the table.

“It’s not the crown jewel,” said one Western official of the sanctions relief now on offer.

The offer may also stir up opposition in the U.S. Congress, which passed sanctions that went into effect on February 6 that tighten controls on sales of precious metals to Iran.

Bankers told Reuters in Istanbul that U.S. sanctions on gold are killing off Turkey’s gold-for-gas trade with Iran and have stopped state-owned lender Halkbank from processing other nations’ energy payments to the OPEC oil producer.

“I believe yielding on this sanction or any other sanction depends wholly on what the Iranians are willing to do,” Menendez said. “If they are willing to perform concrete steps towards stopping and dismantling their nuclear weapons program, that’s when we can consider easing some of our sanctions.”

A Republican congressional aide said most members of his party would oppose sanctions relief until Iran met all its U.N. obligations and suggested Congress could strip the president of the flexibility, known in Washington jargon as “waiver authority,” on whether or not to impose gold sanctions.

“While Congress gave the President a national security waiver, Congress can and should move to take it away in the next round of sanctions legislation if he intends to give the Iranians a pass in exchange for peanuts,” he said.