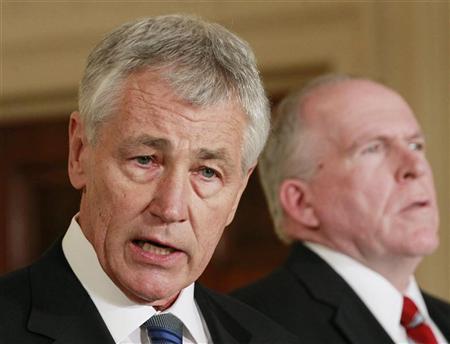 2007 Speech: Hagel called for U.S. to open a consulate in Iran 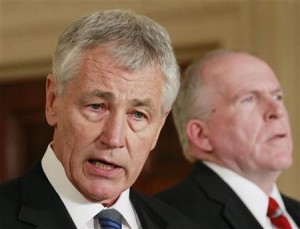 President Obama’s Defense Decretary nominee, Chuck Hagel, called for the United States to open a consulate in Iran, even though the U.S. has not had diplomatic relations with Iran since the hostage crisis of 1979.

“The United States must find a new regional diplomatic strategy to deal with Iran that integrates our regional allies, military power and economic leverage,” Hagel said during a 2007 speech at Rutgers University (full text at Buzzfeed). “Part of that initiative could be offering to re-open a consulate in Tehran…not formal diplomatic relations…but a Consulate…to help encourage and facilitate people-to-people exchange.”

That hostage crisis ended when Iran released the Americans “within minutes” of Ronald Reagan’s first inauguration. This year, Iran marked President Obama’s second inauguration by prosecuting an American citizen on charges of starting a house church in Iran. Pastor Saeed Abedini, whose family lives in Idaho, was sentenced to eight years in prison by an Iranian judge.

By The Washington Examiner