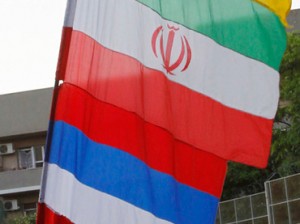 An Iranian Oil Ministry spokesman says Tehran is open to the idea of having Russian firms develop oil and gas fields in the country.

Alireza Nikzad-Rahbar said on Wednesday that in negotiations with the Russians, the Iranian side has indicated that it would be ready to have Russian companies invest in Iran’s hydrocarbon reservoirs.

“We did not name any specific fields in talks, but we said we would like the Russian oil enterprises to develop our major oil and gas fields,” Nikzad-Rahbar stated.

He said Iran’s Oil Ministry is formulating new legal structures for contracts in a bid to facilitate working with foreign contractors.

“If we reach an agreement, we will award the development of independent fields to the Russians and other foreign contractors,” he said.

After a session of the 10th Russian-Iranian intergovernmental commission in Moscow on Tuesday, the two countries agreed that Russia would supply equipment to Iran to operate oil and gas projects.

Salehi said Russian companies would get a chance to develop oil and gas fields in Iran.