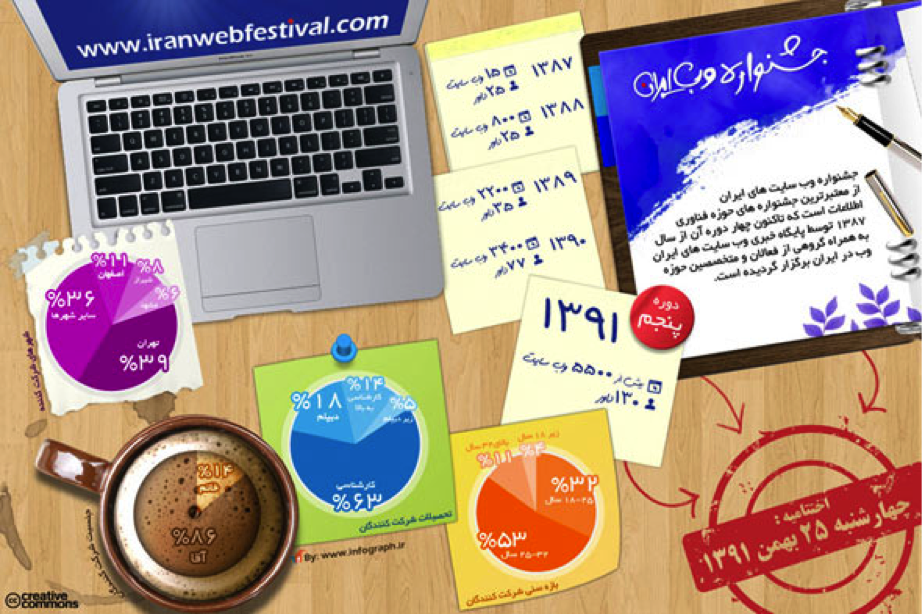 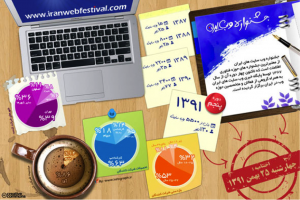 Iranian websites will once again compete with one another in the fifth Iran Web Festival which will be held across the country in different categories. The winners of the competition will be announced during the closing ceremony on February 13.

The Iran Web Festival, a member of The World Wide Web Consortium (W3C) since 2012,  is one of the most creditable annual festivals in the field of Information Technology which has been held regularly since 2008 by Webna, The Iranian Web News Agency.

This event is organized every year by Webna with the assistance of Digital Media Department of the Islamic Guidance Ministry.

The objectives of the Iran Web Festival is to encourage production of content based on Iranian culture in cyberspace. The festival also provides an opportunity for Iranian websites to compete with each other and therefore improve their activities and services. The event also promotes internal market and encourages participation in foreign markets.

More than 3000 websites participated in the fourth festival, held in February 2012 in Tehran, and more than 70 websites were chosen by a 77-member jury.

At the end of the  festival the first Iran Web Conference was held during which workshops were organized by the World Wide Web Consortium (W3C) and a number of Iranian and international companies.