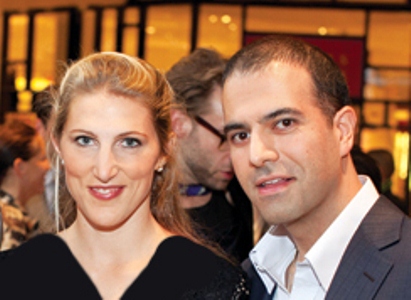 Who is Iranian son-in-law of US Secretary of State 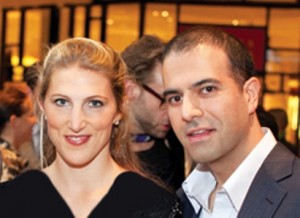 TEHRAN, Feb. 12 (MNA) –Reports has it that Vanessa Bradford Kerry, John Kerry’s younger daughter by his first wife, has married an Iranian-American physician.

After so much criticism about Kerry’s nomination to the position of Secretary of State in Obama’s new cabinet, and Kerry’s positions on Iran and Syria, news reveals that his son-in-law is an Iranian.

When Obama nominated John Kerry for position of the Secretary of State in his new cabinet, Republicans and neo-cons affiliated to Israel lobbyists launched their attempts to destroy Kerry and prevent his approval in Senate chamber. Kerry was criticized over his positions on Iran’s nuclear program and stress upon diplomatic ways to solve it, closer ties with Bashar al-Assad, his willingness to visit Tehran, etc. But Kerry said that he would use his powers to prevent Iran from getting a nuclear weapon, and Republicans approved him for the position. After approval, the media had it that he has an Iranian son-in-law.

Reports has it that Vanessa Bradford Kerry, John Kerry’s younger daughter by his first wife, has married an Iranian-American physician in 2009. Julia S. Thorne, Vanessa’s mother and Kerry’s wife died in April 2006.

Dr. Kerry and Dr. Nahed, both 32, are residents at Massachusetts General Hospital in Boston. Dr. Behrouz (Brian) Nahed is in his fifth year of a residency in neurological surgery in Harvard University.

They became friends in 2005, and after 4 years, they married formally in 2009. Unofficial accounts had it that they visited Iran before.

Kerry’s critics have expressed their concerns over his Iran feelings- visiting Iran and his opposition to military strike and pressures on Iran- that may be related to his relation with an Iranian family, wielding impact on Kerry’s positions on Iran.