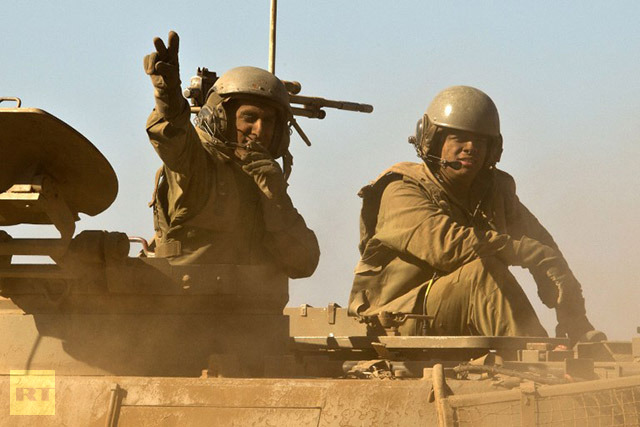 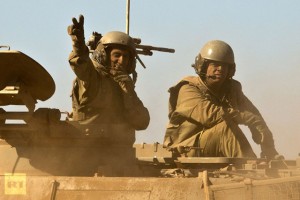 Iran will obviously be high on the agenda when U.S. President Barack Obama visits Israel next month, but the prevailing assessment here is that the discussion is already closed.

Several recent developments have reduced the chances of Israel launching an independent attack on Iran’s nuclear facilities without prior coordination with Washington, at least for the next few months.

Iran will obviously be high on the agenda when U.S. President Barack Obama visits Israel next month, but the prevailing assessment here is that the discussion is already closed: Israel will have trouble launching an uncoordinated strike on Iran before Iran holds its presidential election in June.

As usual in recent years, the approaching end of winter has revived discussion in the international media about the possibility of an Israeli attack. The Iranian nuclear threat – which, contrary to expectations, was pushed to the margins of the political debate during Israel’s recent campaign season – has again become a focus of attention as the weather improves and the cloud cover over Iran’s nuclear sites dissipates. Other seasonal events – the quarterly report by the International Atomic Energy Agency and the resumption of talks between Iran and the six powers, both of which are expected in the coming weeks – also raise the barometer a bit.

But a confluence of several developments has reduced the likelihood of an an Israeli strike.

The first is a slowdown in the pace of Iran’s nuclear progress. On Sunday, Reuters quoted “diplomats in Vienna” (the regular code that the media use to refer to officials from the IAEA) as saying that the agency’s next report will show the Iranians are still converting some uranium enriched to a level of 20 percent into fuel for their medical research reactor. That matches the assessment offered by Israeli sources about 10 days ago, as reported in Haaretz at the time.

This means Iran isn’t yet approaching the red line set by Israel: enough uranium enriched to the 20 percent level to make one nuclear bomb (about 250 kilograms ). Since Iran hasn’t yet crossed that line, and since it has already entered the “zone of immunity” that Israel previously defined as its red line, a benchmark it passed in late 2012, Israel would have trouble justifying an attack to the international community. Senior Israeli officials recently told foreign diplomats that they now think Iran will refrain from sparking a crisis over its nuclear progress at least until this summer.

Second, Obama is still pursuing the track of international sanctions on Tehran. Though the men slated to hold senior posts in his second administration all said during their Senate confirmation hearings that they are committed to preventing a nuclear Iran rather than containing it, Washington is satisfied that the sanctions have caused considerable damage to the Iranian economy and believes that for now, it makes sense to continue along this track.

Third, this position has gained renewed force from the fact that Iran is holding its presidential election in June. The Obama administration believes that Iran’s spiritual leader, Ali Khamenei, is now under pressure: He is worried that the combination of sanctions and the string of uprisings in the Arab world will affect the atmosphere inside Iran, perhaps even to the point of sparking a new wave of protests similar to the failed Green Revolution of 2009. Thus at this stage, Washington is more interested in ratcheting up political tensions in Iran than in using force to stop its nuclear program.

The Americans are also currently removing their aircraft carriers from the Persian Gulf, after many months in which they built up substantial forces in the region.

Given these circumstances, the United States expects Israel not to interfere. Prime Minister Benjamin Netanyahu, who has refrained from ordering military action at several previous decision points in recent years, will have to take the views of his American visitor into account.

Finally, Netanyahu must take three other things into account: the vehement opposition by defense establishment professionals to any attack at this point in time that isn’t coordinated with Washington; the agenda of the party expected to be his main partner in his next government (the people who voted for Yair Lapid’s Yesh Atid party wanted to bring about socioeconomic change, not open up a new military front ); and perhaps also the views of his next defense minister, whoever that may be.

It’s doubtful that Netanyahu has yet fully recovered from the trick played on him by outgoing Defense Minister Ehud Barak, who apparently withdrew his support for a strike on Iran at the last minute last fall. And if Moshe Ya’alon is the man who succeeds Barak, his position is even clearer: In all the discussions on Iran held by Netanyahu’s octet of senior ministers over the last four years, Ya’alon was firmly in the dovish camp.