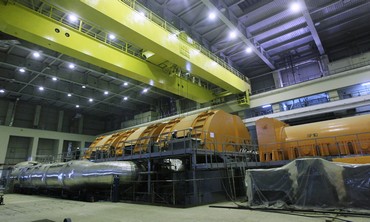 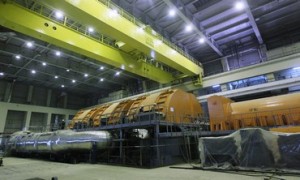 (Reuters) – Iran acknowledged on Tuesday that it was converting some of its higher-grade enriched uranium into reactor fuel, a move that could help to prevent a dispute with the West over its nuclear program hitting a crisis in mid-2013.

Conversion is one way for Iran to slow the growth in its stockpile of material that could be used to make a bomb. That stockpile is currently projected to reach a level intolerable to Israel in mid-year, just as Iran’s room for negotiation is being limited by a presidential election in June.

Iranian Foreign Ministry spokesman Ramin Mehmanparast was asked at a weekly news conference about a Reuters report that Iran has converted small amounts of its 20-percent enriched uranium into reactor fuel.

“This work is being done and all its reports have been sent to the International Atomic Energy Agency (IAEA) in a complete manner,” he was quoted as saying by the state news agency IRNA.

It was Iran’s first acknowledgment that it had apparently resumed converting into fuel small amounts of uranium enriched to a concentration of 20 percent fissile material.

Iran’s production of that higher-grade uranium worries the major powers because it is only a short technical step away from the 90-percent purity needed for a weapon.

On-off negotiations with the major powers and four rounds of U.N. Security Council sanctions have failed to persuade Iran to stop its enrichment activities, and the IAEA has been refused full access to investigate other suspect elements of the nuclear program.

Iran denies that it is seeking a weapon and says its nuclear program serves only peaceful purposes such as electricity and the production of medical isotopes.

But Israel, widely believed to be the only nuclear-armed country in the Middle East, has indicated that Iran’s stockpile will reach a level in June at which it considers it must attack to stop Iran acquiring enough fissile material for a bomb. With a presidential election taking place that month, Tehran’s room to make concessions to foreign powers is limited.

A U.S. official sought to reassure Israel this week on the determination of President Barack Obama, due to visit the region shortly, to curb Iran’s nuclear program, according to an Israeli official who declined to be named.

Rose Gottemoeller, acting U.S. undersecretary of state for arms control and international security, “reiterated the Americans’ commitment to preventing a nuclear Iran, and their worries about regional proliferation, were Iran to go nuclear”, said the official, who met Gottemoeller.

Iran averted a potential crisis last year by converting some 100 kg of its 20-percent enriched uranium into fuel, suggesting to some that it was carefully keeping below the threshold set by Israel, while still advancing its nuclear technology.

It is not believed to have enriched uranium beyond 20 percent. A fuller picture is unlikely until a new IAEA report on Iran’s nuclear activity, due by late February.

Separately, officials from the IAEA are due to hold talks in Tehran on Wednesday in the hope of restarting their long-stalled inquiry into Iran’s nuclear program.

The U.N. agency, whose mission is to prevent the spread of nuclear weapons, has been trying for a year to negotiate a so-called structured approach with Iran that would give its inspectors access to sites, officials and documents.

The IAEA especially wants access to the Parchin military complex southeast of Tehran where it believes explosives tests relevant for nuclear weapons development may have taken place and been subsequently concealed, allegations that Iran denies.

Mehmanparast said Iran was ready to come to a “comprehensive agreement” with the IAEA if Tehran’s nuclear rights were recognized. Part of this agreement could include a visit to Parchin, he said.

But Fereydoun Abbasi-Davani, head of the Atomic Energy Organisation of Iran, on Tuesday criticized the IAEA’s handling of documents related to Iran, signaling the continued mistrust between the agency and Tehran.

“Unfortunately their system is not sufficiently secure,” Abbasi-Davani said, according to the Iranian Students’ News Agency (ISNA). “They need to be more careful in their interactions with Iran.”

Last year Abbasi-Davani accused the U.N. agency of a “cynical approach” and mismanagement, and said “terrorists and saboteurs might have intruded” into the agency.

Iran and six world powers, known as the P5+1, are due to hold a new round of talks on the nuclear program in Kazakhstan on February 26.

U.S. Secretary of State John Kerry said on Friday that the powers were ready to respond if Iran came to the talks prepared to discuss “real substance”.

Foreign Minister Ali Akbar Salehi, visiting Moscow, said Iran was “counting on there being positive and constructive steps made to resolve this problem at the upcoming meeting”.

In Tehran, Salehi’s spokesman Mehmanparast responded to news that North Korea had conducted its third nuclear test in defiance of existing United Nations resolutions by saying: “We need to come to a point where no country will have any nuclear weapons.”